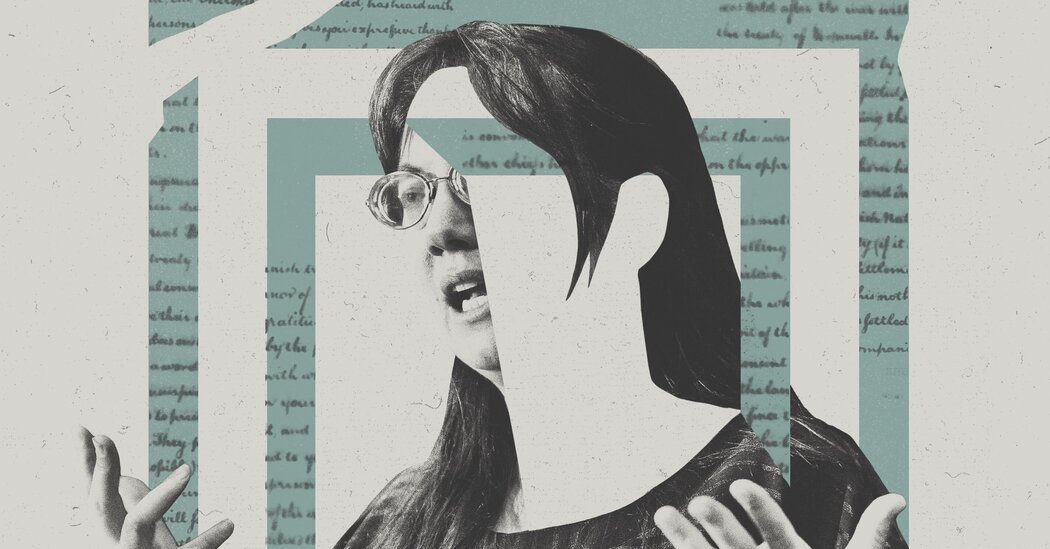 
Figuring out Andrea Smith’s family history wasn’t easy, but halfway into my reporting I became determined to do that work, if only to clarify the facts amid the larger political and cultural debates that at times overwhelm discussions of her identity. I had asked Cornsilk for help, but he said he no longer had records from the 1990s, and he didn’t remember either of her parents’ names. Neither Andrea nor Justine had written anything about their parents in the acknowledgment section of their dissertations, and then there was the issue of their maddeningly common last name: Smith. But eventually, I was able to figure out their mother’s maiden name — Wilkinson — and using census records, birth and death certificates and obituaries, I began to piece together the story Smith had for so long refused to tell.

Smith’s mother, Helen Jean Wilkinson, was born in a small town in Indiana to what appear to be middle-class parents: Her father was an engineer according to a death certificate, and her mother was at one point a trustee for Luce Township, a farming town of a little more than 2,000 on the Ohio River near Evansville. Their ancestors appear to have been mostly farmers and laborers in Kentucky and Indiana going back generations. Some of Helen’s Kentucky ancestors fought for the Confederacy in the Civil War, and a couple owned slaves. A great-grandfather on her mother’s side, Lyman V. Pierce, was one of the first police chiefs of Owensboro, Ky., a man whose story of killing a romantic rival was narrated recently in that city’s “Voices of Elmwood” tour. But neither Helen, nor her parents, nor her grandparents, nor her great-grandparents, nor her great-great-grandparents are listed in census records I found as anything other than white.

Helen went to Indiana University, where she worked on the yearbook staff and majored in business education. At some point after graduating, she moved to California, where she married a man named Donald R. Smith. They had two children, Andrea and then Justine, and divorced in 1968. Helen died in 2014, but as far as I could tell, Donald Smith was still alive. But finding him was even harder.

Then one day, Kauanui mentioned that someone once told her that Smith used to spend summers with her father in Virginia. I searched for people with his birth year who had ever lived in Virginia, and eventually found an obituary for the father of a Donald Smith who was survived by two granddaughters named Andrea and Justine.

I mapped out Donald’s family tree and found a relative with a working phone number. After I explained what I was looking into, the woman on the other end of the line exhaled. “Yeah, we heard about that,” she said, “and we just kind of shook our heads.”

Donald R. Smith is alive, the woman confirmed, and he isn’t Ojibwe. He is a white man from Chicago who, like his daughters, is very smart. He was a nuclear physicist with the Pentagon before he retired, the relative told me. He has a degree from M.I.T. His family are mostly of British ancestry, and no, he didn’t want to talk to me, but his relative wanted me to know that I was doing a good thing writing this article. “Honestly, integrity is everything in academics,” she said. “So let the truth out.”

But what is the truth? Or rather, what is truth enough to convince those “others” that Gary Younge referred to in his essay in The Guardian? After I had evidence that Smith’s genealogy was just as Cornsilk had claimed, I talked to a friend of mine, the feminist historian Emily Skidmore, and she pointed out that ethnicity listings on census records aren’t always accurate. That wasn’t what I wanted to hear, but if I was interested in clarifying the facts, I realized I needed to do more reporting.