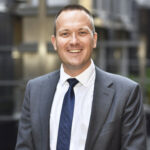 McIlquham begins with Acrisure on Aug. 1 and will be based in London, reporting to Grahame Millwater, president, Acrisure Markets and International.

McIlquham brings more than two decades of experience to Acrisure’s growing international operation. He joins Acrisure from Deloitte where is has been a partner for the past 12 years. At Deloitte, he specialized in the insurance sector, leading complex audit, M&A, restructuring and regulatory projects. He held a variety of positions on executive leadership boards and committees and was most recently head of Deloitte’s UK Financial Services Audit & Assurance.

Previously associate director at United Insurance Brokers Ltd., Kassali will be responsible for the strategic development of Willis Re’s MENA portfolio, reporting to Natalie van de Coolwijk, regional director, Middle East and Africa. He will be responsible for client and reinsurer relationships and will focus on leveraging and developing Willis Re’s service offerings to deliver long term value for clients in the region.

Cheng served as managing director and head of Property & Casualty at Peak Re, where he was also a founding member of its leadership team. He led the firm’s successful development of third-party capital vehicles and served as co-CEO of Peak Capital, a Bermuda-based insurance linked securities asset manager.

A qualified actuary, Cheng started his career at Markel Liberty in London before moving to Aon to set up and oversee their actuarial practice in China. Cheng has an impressive track record in underwriting and reinsurance, with proven success in managing a business from start-up into a leading reinsurance company.

About Acacia Holdings and Oaktree Group

Acacia Holdings Ltd. is a specialist reinsurance and retrocession investment company incorporated in Bermuda, backed by companies within the Oaktree Group. The company utilizes its own balance sheet alongside third-party capital to invest in the reinsurance and retrocessional markets, providing tailor-made solutions to meet the specific requirements of its investors and trading partners. Oaktree is a global investment manager specializing in alternative investments, with $153 billion in assets under management as of March 31, 2021.

An established veteran of the Bermuda market, Scope brings over 40 years of industry experience to Corant and joins from Willis Bermuda where he has been chairman since 2015. Prior to that, Scope founded Park International where he served as president and CEO for more than a decade, becoming chairman of The Park Group in 2003. He was appointed chairman and CEO of JLT Park Bermuda after the business was acquired by JLT in 2007.