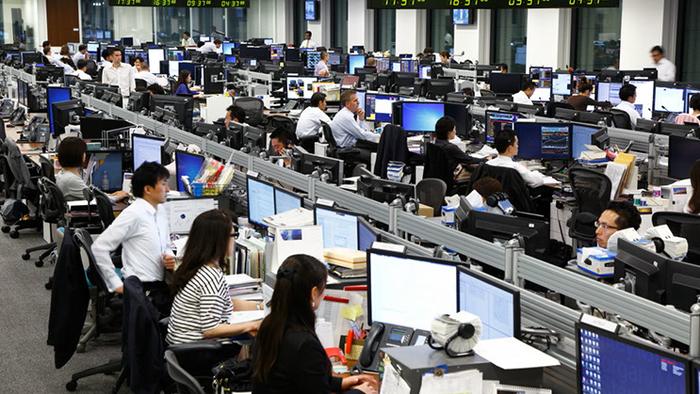 
After more than a year of working remotely, the big day has finally arrived. For thousands of JP Morgan employees, May 17 isn’t only significant because of the tax deadline, but because CEO Jamie Dimon announced last month that employees would start their transition back to being full-time office drones. Though many of the company’s buildings still have occupancy limits, the largest bank in the US reopened offices for employees across the US on Monday.

JPM plans to have its entire US workforce back at the office by July, even if restrictions force them to work on rotations. For those in New York City, the subway is returning to 24-7 service Monday, once again enabling workers to spend late nights (into the early morning hours) in the office.

As BBG pointed out, in recent days, a growing number of state and federal authorities have eased pandemic restrictions and set dates for reopening office buildings and businesses in the weeks ahead.

Still, millions of employees around the country, and around the world, are digging in their heels, as many contemplate quitting their job and looking for new opportunities instead of returning to the office.

Rival banks will likely watch JPMorgan’s reopening closely as they try to calibrate when they should also recall workers to the office. JPM’s reluctance to send employees home during the early days of the pandemic resulted in several outbreaks at its NY headquarters.

For now, at least, JPM is at the forefront of the nation’s four giant commercial banks, which includes BofA, Citi, Wells Fargo and JPM. BofA said back in mid-April that it will probably maintain partial in-office staffing until Labor Day in early September. One exception is Wall Street-focused Goldman Sachs, which is right behind JPM. It’s hoping to move employees back to the office by July.

Unlike many other firms, JPM kept its offices open throughout the pandemic. Last month, it announced to all employees that they should prepare to return to the office in mid-May.

“You should start making any needed arrangements to help with your successful return,” the company told employees in a memo at the time.

Over on the buyside, BlackRock is offering yet another tempting incentive to potential bulge-bracket recruits by delaying the start of its own return to the office until September. And even after that, the bank will examine allowing up to tow days of remote work each week for some more senior employees.

The world’s largest asset manager will allow up to two days a week of remote work on average for US staff, a spokesman for New York-based BlackRock said Friday. Staff will be divided into groups, with office access on a two-week rotational basis during those months.

BlackRock will use its findings from the trial period to decide how to shape its staffing plans going forward. It’s not the only money manager that’s adopting to the hybrid work model.

If other banks rush to join JPM and Goldman in bringing employees back to the office, it could offer desperate analysts one more reason to dream about making the jump to the buy side.