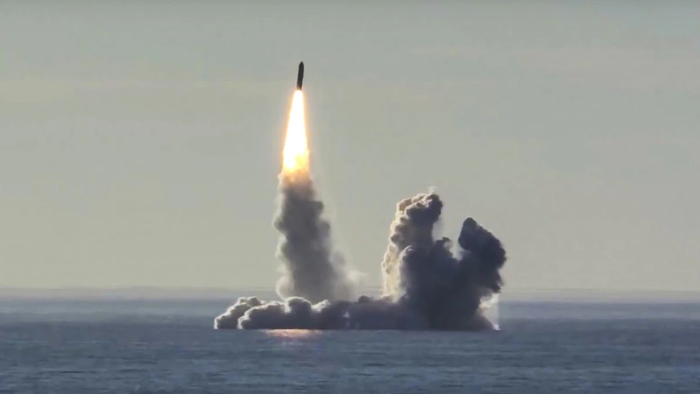 
In recent years the Trump administration had attempted to bring China into so-called trilateral arms control negotiations, which Beijing consistently balked at. Trump had considered landmark 20th century arms treaties with Russia to be “weak” due to not accounting for China’s rapidly advancing defense technology and arsenal.

For example, in summer of 2019 the US announced its formal withdrawal from the 1987 Intermediate-Range Nuclear Forces (INF) Treaty with Russia, citing that a “new, better” agreement was needed which will bring in China. Also of note is that the INF had prevented the US from deploying ground-based intermediate-range missiles in Asia. The New START nuclear arms control agreement had also reportedly been on the chopping block by the tail end of the Trump administration, but among Biden’s first major actions in office was to extend it by five years.

But it now appears that Biden agrees with Trump’s fundamental principal of the urgency to bring China to the nuclear negotiating table. Trump’s central rationale was articulated in one July 2020 statement as follows: “The president believes that it shouldn’t just be the U.S. and Russia… The days of unilateral American disarmament are over.”

“Despite the PRC’s dramatic build-up of its nuclear arsenal, unfortunately it continues to resist discussing nuclear risk reduction bilaterally with the United States,” Woods told a United Nations conference.

“To date Beijing has not been willing to engage meaningfully or establish expert discussions similar to those we have with Russia,” Woods said. “We sincerely hope that will change.”

At the same conference focused on the “Prevention of Nuclear War” which was held by 65-member UN Conference on Disarmament in Geneva, China’s envoy appeared to reject the US accusation, saying the Beijing is indeed “ready” for “positive” dialogue.

“We stand ready to carry out positive dialog and exchange with all parties to jointly explore effective measures to reduce nuclear risk and to contribute to global strategic security,” Chinese envoy to the conference Ji Zhaoyu said.

The exchange comes after last month the head of US Strategic Command, Adm. Charles Richard, briefed Congress on the faster than expected modernization rate of both China and Russia’s nuclear arsenals. “It is easier to describe what they are not modernizing — nothing — than what they are, which is pretty much everything,” he had described.

Most Western estimates put China’s arsenal at about 320 warheads at the high estimate range, while the US and Russia each have over 1,500 deployed; however, the US is believed behind in terms of modernizing and updating its nuclear weapons systems, including ICBM capabilities.