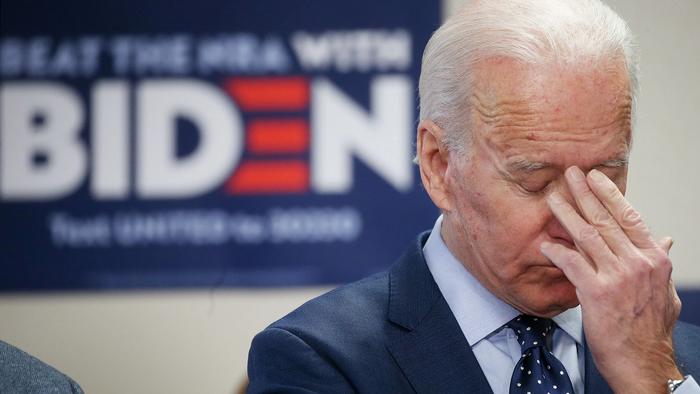 
While everyone from the White House to the Fed has downplayed blistering inflation in just about everything as ‘transitory’ as we emerge from the COVID-19 crisis, Democratic leaders are beginning to panic behind the scenes over its potential impact on the 2022 elections, where Democrats will have to defend slim majorities in both the House and Senate.

In April, the consumer price index (CPI) rose 0.8%, and 4.2% over the past 12 months – the fastest annual rate since 2008, the Labor Department reported last week. When food and energy are excluded, the index registered its largest monthly increase since 1982.

Biden administration aides have argued that this ‘transitory’ inflation is caused by a surge in demand for specific items – such as used car, air travel and hotels – reflecting a revival from the pandemic lockdowns, according to Bloomberg.

Yet, it’s more than just ‘specific’ items for anyone paying attention to their monthly bills – which is beginning to worry top Democrats as we head into campaign season for midterms, and Biden hopes to saddle American taxpayers with $4 trillion in longer-term economic spending.

Grubhub every single item from any restaurant 30%

“Now people are spending again, and obviously April’s numbers show that they’re spending even more aggressively than forecasters, most of them, anticipated,” said George Selgin, an economic policy expert at the libertarian Cato Institute, in comments to The Hill. “There are some adverse supply shocks going on, some of which affected the April numbers, but the big story is the pent-up demand and purchasing power that people have finally started to dispose of.”

Treasury Secretary Janet Yellen isn’t worried about the above, though she’s ‘closely monitoring the situation,’ according to Bloomberg, citing people familiar with her thinking.

White House officials in both the West Wing and the Treasury, however, are beginning to realize that calling it ‘transitory’ isn’t cutting the mustard with the American public. According to the report, “a small team of economic aides from the National Economic Council, budget office, Council of Economic Advisers, vice president’s office and the Treasury have been monitoring the risks,” looking for potential warning signs as they review ‘reams’ of data as they regularly brief Yellen, along with NEC Director Brian Deese and CEA Chair Cecilia Rouse on their findings.

The public of course couldn’t care less what Biden advisers are discussing when they can’t make ends meet.

[A] Friday report showed that worries about inflation contributed to a drop in consumer sentiment in early May. Administration officials are now mulling ways to better explain the rise in prices to the American public, while backing away from putting any specific time frame on when the price volatility will end.

The surge in prices — the biggest in more than a decade — and public’s perception of it could complicate the Democrats’ defense of their narrow majorities in the House and Senate in 2022.

“I’d love to see them tilt a notch toward concern about inflation, but I think they’ll mostly be doing more to explain this away,” Furman, the head of the Council of Economic Advisers under President Barack Obama said this week on Bloomberg TV.

“We will have a weird six months ahead,” said said Josh Bivens, director of research at the Economic Policy Institute, a left-leaning think tank. “It will be a real challenge for the administration and the Fed to stay firm on their stance.”

Republican lawmakers have pounced after months of questioning whether the Biden White House and the Fed have a handle on inflation.

“There’s never been a time that I know of in history where you have had a significant increase in money supply where you don’t have inflation,” said Sen. Rick Scott (R-FL) in an interview with The Hill.

“You have to stop the reckless spending,” Scott added. “The federal government’s got to start living within its means.”