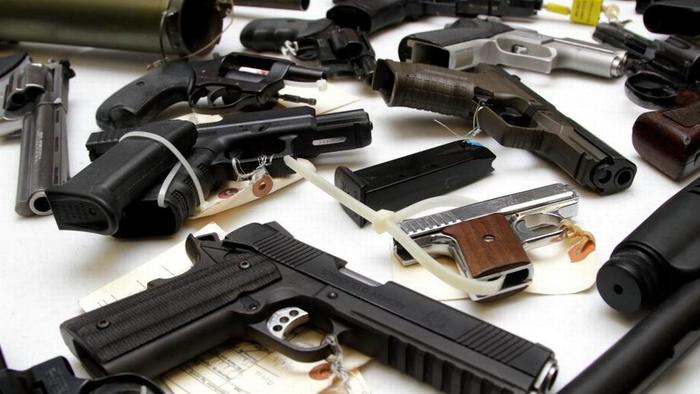 
Chicago is a dangerous liberal-run city with recent crime statistics that show gun violence is out of control. One unlikely source of gun violence is three enlisted soldiers at Fort Campbell, Kentucky, who operated a gun smuggling operation into the metro area.

Demarcus Adams, 21; Jarius Brunson, 22; and Brandon Miller, 22, were arrested Tuesday by Bureau of Alcohol, Tobacco, Firearms and Explosives and U.S. Army Criminal Investigation Command agents for pedaling dozens of firearms onto the streets of Chicago, including pistols recovered at a mass shooting, according to NBC Chicago.

The enlisted soldiers were charged with making false statements while purchasing dozens of firearms, transferring firearms to an out-of-state resident, wire fraud, money laundering, conspiracy, and selling guns without a license.

Agents said the three purchased 91 firearms from multiple dealers around Fort Campbell and supplied them to associates in Chicago. There was no word on who exactly were these “associates.”

NBC said the three soldiers were expected to appear before a U.S. judge in Nashville Tuesday. If they’re convicted, each could face up to two decades in federal prison.

“I can confirm that the Soldiers involved in the case are assigned to Fort Campbell,” 101st Airborne Division spokesperson Lt. Col. Kari McEwen told Army Times. “We will continue to cooperate fully with law enforcement authorities in this investigation.”

Two years since Chicago mayor Lori Lightfoot won that runoff election, her multi-year plan to combat violent crime across the city is in shambles. Most recent crime statistics show that murders jumped 56% from April 26 to May 2 compared with the same period last year. The number of shooting incidents also spiked 40% during the same time year-over-year.

Who would’ve ever thought enlisted soldiers were funneling serialized guns that they bought onto Chicago streets. Idiots.