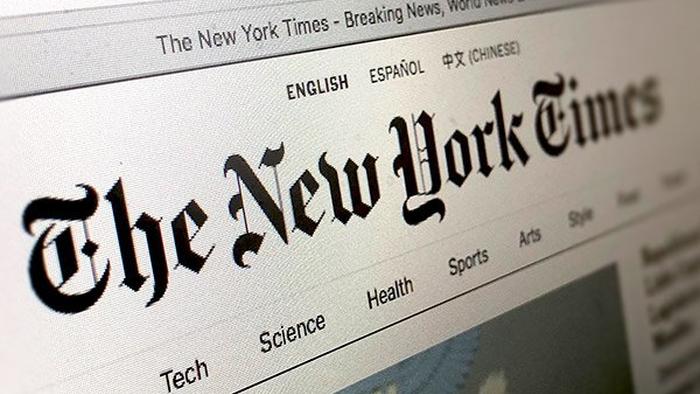 
The New York Times just announced that in the first quarter since former President Donald Trump left office, digital subscriptions have slowed ‘sharply’ despite revenue rising 6.6%, according to the Wall Street Journal.

In its slowest growth since the second quarter of 2019, the leftist outlet signed up 167,000 new subscribers for its core news offering. When lower-cost digital products are included, the Times added a total of 301,000 digital subscriptions in the quarter, vs. 627,000 in the fourth quarter of 2020.

“In our last earnings call, I noted that fluctuations in the news cycle can lead to considerable variability in net digital subscription additions from quarter to quarter,” said CEO Meredith Kopit Levien in remarks to investors. “In February and March, our audiences declined from their historic highs last year, and we saw fewer net subscription additions in the latter part of the quarter.”

Kopit Levien also said that the company expects “moderated growth to continue through the second quarter, traditionally our softest of the year.”

Shares in the New York Times were down 5% in morning trading, dropping over 7% intra-day.

The company expects total net subscriber additions to be in the range of their 2019 levels, when they added over one million digital subscribers.

“There is no doubt that the news cycles of the last five years, capped by last year’s tumultuous presidential election, racial reckoning and the Covid-19 pandemic, created unprecedented demand for Times journalism and therefore accelerated subscription growth,” the CEO continued.

Subscription revenue rose 15.3% to $329.1 million in the quarter. Digital advertising revenue bounced back after a decline in the fourth quarter, growing 16.3% to $59.5 million, but print advertising revenue fell 31.6% to $37.6 million, reflecting declines in the entertainment, travel and luxury categories related to the Covid-19 pandemic.

Overall ad revenue was down 8.5%. The company is forecasting a major rebound in advertising in the second quarter, as the easing of the pandemic leads marketers to step up their spending. Ad revenue is expected to increase about 55% to 60% year over year, with digital advertising expected to jump 70% to 75%.

Maybe the Times could help matters if they asked President Biden a few tough, unscripted questions like they regularly pelted Trump with for four years?