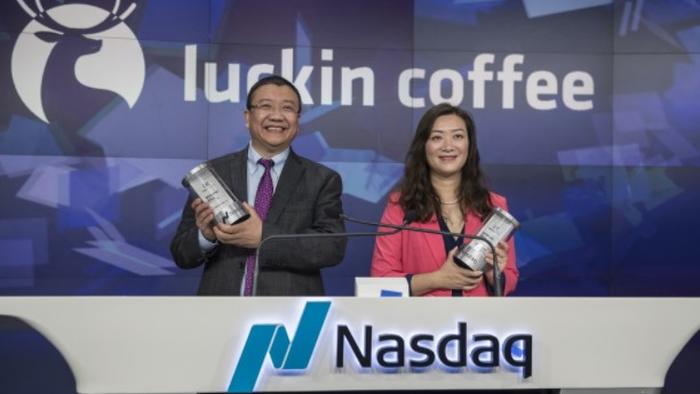 
When you’re a Chinese company and can list on U.S. exchanges – with little to no recourse or consequences for committing fraud and/or total opacity – why wouldn’t you?

Perhaps this is why there has been an influx of Chinese IPOs on U.S. exchanges of late, despite the ongoing tension between the U.S. and China. Even during the Trump administration, it seemed we had learned to be hawkish everywhere except on our capital markets.

Chinese companies continue to pay listing fees, and continue to get listed, CNBC noted this week. “Despite the coronavirus pandemic and tensions between the U.S. and China, half of 36 foreign public listings in the U.S.” during the first three months of this year came from greater China.

Additionally, about 60 more Chinese companies are slated to go public in the U.S. this year. Vera Yang, chief China representative for the New York Stock Exchange, told CNBC: “From our interaction with companies, our sense is they would like to lose no time (in listing).”

Right, Vera. And you’d like to lose no time collecting listing fees.

Chinese startups seem unconcerned with Trump era rules that would force U.S. exchanges to delist companies that don’t comply with three years of U.S. audits. (Could that be because it usually takes far less than 3 years for Chinese firms to siphon money off U.S. exchanges, when that’s their motive?)

Blueshirt managing director Gary Dvorchak, who advises Chinese companies interested in listing in the U.S., said it has been a “tidal wave” of Chinese companies seeking to list since President Biden took office. “Our phone is ringing off the hook. We’re trying to hire more people. We haven’t seen anything like this since the Nasdaq bubble in ’99. Makes me worried,” he said.

What could there possibly be to worry about?

The rush is also being fueled by hot money chasing after Chinese unicorns. Hongye Wang, China-based partner at venture capital firm Antler, said: “A lot of companies cannot raise a lot of money, or their valuation(s) are decreasing. But if you look at the unicorns, especially the pre-IPO unicorns, their valuation is still crazy.”

But some Chinese names do slump after making their way to U.S. exchanges. Ringo Choi, Asia-Pacific IPO leader at EY, said: “The after-IPO pricing trend is not as good as last year.”

However, if you’re a bad actor or dubious company just looking for access to naive investors or liquidity, just making your way onto a U.S. exchange is a win in and of itself.