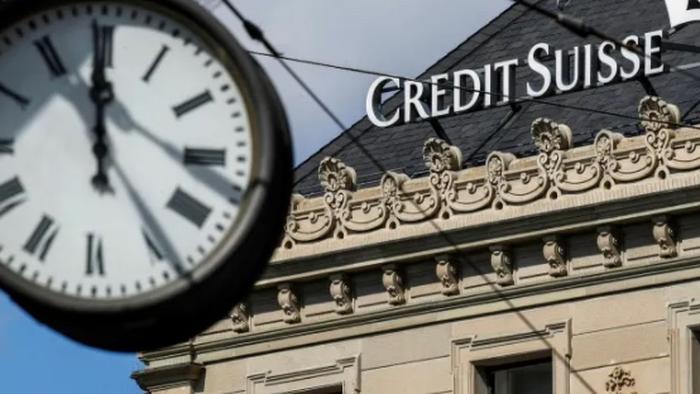 
Credit Suisse has already fired a raft of senior-level employees (including head of risk-management Lara Warner) as CS scrambles to reform its risk-management protocols following one of the worst quarters in recent memory, where the parallel implosions of pioneering trade finance firm Greensill Capital and family office Archegos Capital Management saddled the bank with billions in losses.

But many of the bank’s shareholders feel that more heads must roll, which is why a campaign to oust the CS director tasked with overseeing the board’s risk committee is reportedly on the cusp of success.

According to the FT, Credit Suisse’s board, wary of a public confrontation at the bank’s upcoming annual meeting, is considering removing Andreas Gottschling, the head of the bank’s risk committee, by voting to remove him from the board in private.

The board is expected to meet Thursday afternoon ahead of the AGM, and the FT reports that the board members have been apprised of growing dissent. If the board finds there’s enough support to oust Gottschling, they will announce that news Thursday before the meeting on Friday.

To be sure, Gottschling still has some internal support. His backers believe that he is being scapegoated by investors eager to revive the bank’s flagging shares, which are down 25% YTD.

“There is a strong feeling that while they understand shareholders want to express dissatisfaction, they are going after the wrong person,” said a person briefed on the board’s discussions.

Still, many directors remain baffled by the decisions made within the investment bank and the bank’s prime brokerage, which extended absurd levels of credit to Archegos. Others feel that Eric Varvel, the CEO of the bank’s US operations, should be ousted instead.

Some people on the board have also lost faith in Eric Varvel, who was stripped of his role managing Credit Suisse’s $500bn asset management business after it was forced to suspend $10bn of supply-chain finance funds linked to controversial finance firm Greensill last month.

However, Varvel has retained his position as chief executive of the bank’s US operations and chair of its investment bank.

Gottschling’s opponents include US investment manager Harris Associates and Norway’s oil fund, both top-10 shareholders. The 53-year-old German has served as chair of the risk committee since 2018, earning a $1m annual fee. Notably, among the two influential proxy advisers, only Glass Lewis recommended that shareholders vote against Gottschling; its rival ISS didn’t.