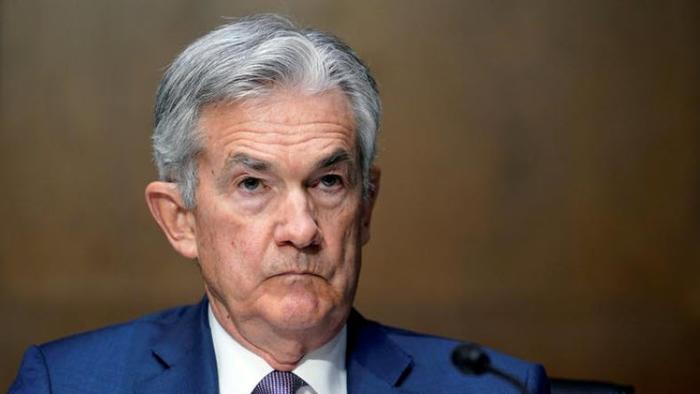 
Companies are freaking out about soaring prices (as we will shows shortly), lumber has risen for 17 consecutive days, and crippled supply chains have pushed commodity and input costs (for those items that can still be found) to levels not seen in years, but all of this is news to Jerome Powell.

In an April 8 letter from the Fed Chair to Senator Rick Scott, Powell said the overheating U.S. economy is going to temporarily see “a little higher” inflation this year as supply constraints push up prices in some sectors, but fear not – the Federal Reserve is committed to keeping any overshoot within limits, which is hilarious since the same Fed can’t even acknowledge the severity of the current inflationary surge.

“We do not seek inflation that substantially exceeds 2 percent, nor do we seek inflation above 2 percent for a prolonged period,” Powell wrote in a five-page letter first seen by Reuters, in response to a March 24 letter from the Florida Republican raising concerns about rising inflation and the Fed’s bond buying program. “I would emphasize, though, that we are fully committed to both legs of our dual mandate – maximum employment and stable prices.”

What he really means is that he is fully committed to pushing stock prices to record-er highs, and if it means that a few hundred million Americans can’t afford staples to make a handful of billionaires into trillionaires, so be it.

Scott has been a vocal critic of Powell, and has correctly warned that the Fed’s low interest rates and bond-buying program will force prices higher, hurting families and businesses, precisely what we are seeing right now. But the new and “woke” Fed is not concerned – after all, that’s what the Fed charge card is for. As for those who find themselves unable to make ends meet, well Janet Yellen had some wise advise several years ago – they should just have owned more assets.

Reuters notes that Scott’s office provided Powell’s letter to the news service, and suggested the response did not allay the senator’s concerns.

“The data is clear that inflation is rising, and Chair Powell continues to ignore this growing problem,” Scott’s office told Reuters in the email.

“Senator Scott remains concerned about the impact inflation will have on low and fixed-income American families, like his growing up. He is calling on Chair Powell to wake up to this threat, lay out a clear plan to address rising inflation and protect American families.”

Scott appears unaware that the Fed has made it clear that it has no intention of waking up to this – or any threat – and will keep rates at zero until some time in 2024 when at this rate a loaf of bread will cost several thousand dollars.

In his letter, Powell borrowed an idiotic cliche from Bernanke and said that the Fed can intercept high inflation (it just won’t as that would crash stocks), and that low inflation constrains the Fed’s ability to offset economic shocks with easy policy, and that after a decade of too-low inflation, the Fed is now aiming for inflation moderately above 2%.

“We do not anticipate inflation pressures of that type, but we have the tools to address such pressures if they do arise,” Powell said in the letter.

“We understand well the lessons of the high inflation experience in the 1960s and 1970s, and the burdens that experience created for all Americans.”

No Jerome, clearly you do not.