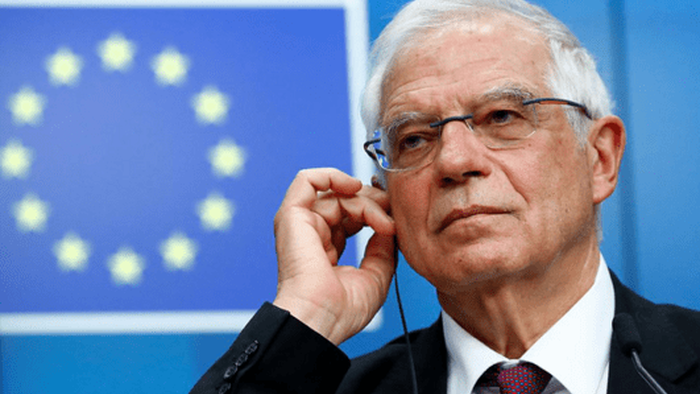 The European Union had to correct a claim made by its foreign policy chief, Josep Borrell, concerning Russian troops near the Ukrainian border. Borrell told reporters on Monday that there were “over 150,000” Russian troops near the border. The number was corrected in a transcript of his briefing on the EU’s website to “over 100,000.”

Despite the change, it’s still unclear how the EU determined that there are over 100,000 Russian troops near the border. Russia has announced the deployment of additional forces near Ukraine in recent weeks, but nothing has indicated it sent over 100,000 troops to the region. Last week, a spokesperson for Ukrainian President Volodymyr Zelensky claimed there were 80,000 troops stationed along the border of Ukraine, with 40,000 of them in Crimea.

The fact that Russia has troops in Crimea is no surprise. Moscow had a military base in the peninsula even before Crimea joined the Russian Federation in 2014. An alarmist report from the Daily Mail published satellite images that it claims show a Russian military build-up at a base in Crimea.

But the base is located in southern Crimea, nowhere near the conflict zone in Ukraine’s eastern Donbas region. Demonstrating that the Daily Mail report lacks any credibility, it repeats Borrell’s original claim that 150,000 Russian troops have amassed as fact.

When asked about Borrel’s comments, Pentagon spokesman John Kirby said the situation is “concerning” to the US. “What I can tell you is, in general, we have continued to see this build-up increase. And again, that is concerning to us,” he said.

While Kirby didn’t offer any numbers, he claimed the Russian troop deployment is “certainly bigger” than the 2014 deployment Kirby said resulted in a “violation of Ukrainian sovereignty and territorial integrity.”