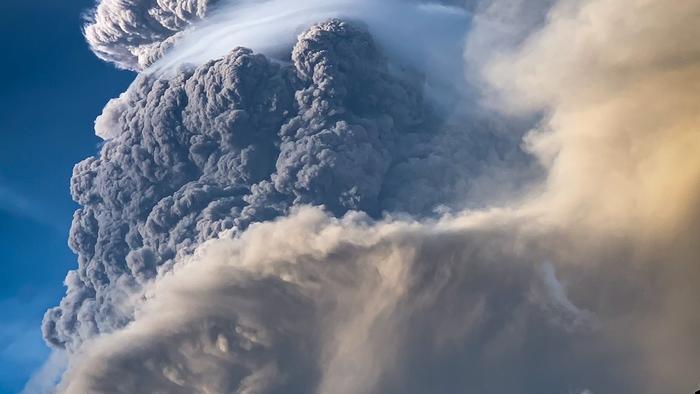 
One day after a powerful eruption at La Soufriere volcano in the eastern Caribbean flung a massive column of ash more than 33,000 feet high, geologists warn, perhaps, a much larger eruption could be nearing.

“The first one might not have necessarily been the biggest one. It’s possible you could have explosions that could go higher and carry plumes higher in the atmosphere than this one did,” geologist Richard Robertson of the University of the West Indies’ Seismic Research Center said during a press conference who was quoted by Loop News Caribbean.

Since the early morning eruption on Friday covered homes, cars, streets with heavy ash, conditions are worsening on the island and surround islands.

Ashes from the volcano in the Red Zone in St Vincent 🙏 pic.twitter.com/NU5F3Xf0l3

JUST IN – North coast of Barbados falls into darkness at NOON due to volcanic eruption on the island of St. Vincent. Eerie scene, almost like a nuclear winter. pic.twitter.com/fwdn92Drpc

Prime Minister Ralph Gonsalves was quoted by a local radio station on how to remove ash.

“It’s difficult to breathe,” Gonsalves said, adding that “What goes up, must come down.”

In late December, we first briefed readers about the prospects of the upcoming activity at La Soufriere volcano on St Vincent, located in the Caribbean Sea, between Saint Lucia and Grenada.

Then on Friday morning, we were one of the first to report the eruption of the volcano as St. Vincent’s National Emergency Management Organization (NEMO) tweeted: “Explosive eruption at La Soufriere.”

The initial eruption was caught on camera by one Twitter user. The picture below is stunning.

The ash plume was so large that it was captured on satellite imagery and also visible from space.

The ash forced the cancellation of several flights as thousands evacuated via cruise ships. Barbados, Antigua, Guyana, and St. Lucia are surrounding islands offering evacuees arriving via Carnival and Royal Caribbean cruise ships a safe place to wait out the volcanic event.

It has become a waiting game for the next possible eruption.