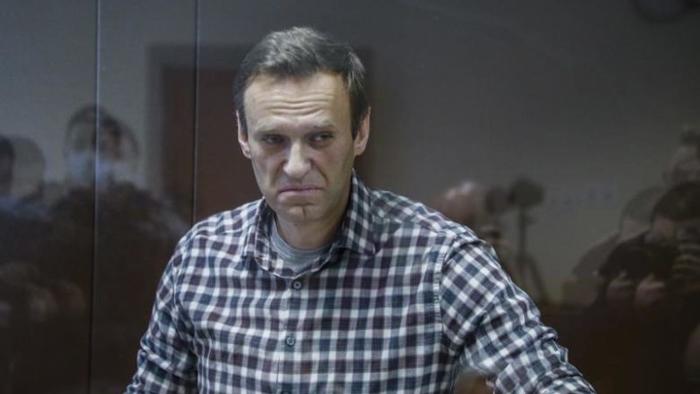 
Anti-Kremlin activists Alexei Navalny is said to be “seriously ill” and in “quite bad condition” according to this lawyer, and has been moved to a prison sick ward at the facility where he’s serving out a two-and-a-half year sentence east of Moscow.

He’s being treated for an as yet unknown respiratory illness, which has prompted a COVID-19 test (the results of which are still undisclosed), but also fears that he may have contracted tuberculosis, given there appears to be an ongoing outbreak of the disease at the penal colony.

Over the past weeks Navalny and his legal team have complained of harsh conditions and further that prison doctors have refused to given him proper care related to a pinched nerve that’s causing severe leg problems. Prison authorities have countered that he’s in good condition and has access to the standard level of care all inmates receive.

The Kremlin has meanwhile charged that Navalny and his supporters are simply trying to keep up political pressure on Russian leaders during Navalny’s confinement stemming from parole violation from an earlier embezzlement conviction.

“He has lost a lot of weight, plus he has a strong cough and a temperature of [100.6F],” Mikhailova said.

“This man is seriously ill. It’s a complete outrage that the IK-2 [prison] has driven him to this condition.”

New video has since emerged from the end of March of Navalny inside the prison. He’s shown interacting with guards while drinking what appears to be a cup of coffee. CNN among others featured the CCTV footage to highlight his deteriorating health; however others pointed out he looks better than how his legal team is presenting the situation…

This CCTV footage is allegedly showing #Navalny ( with a cup of coffee in his hands ) in prison on the 26th March 2021- no indication that he had any problems with his leg but a lot of problems with his attitude. https://t.co/adEpwDnXqz

At the start of this month Navalny announced he would go on hunger strike in protest medical conditions at the prison facility and to highlight the unjustness of his plight.

Supporters have been claiming that “the Kremlin may be slowly killing Alexei Navalny in prison” following his last August ordeal in which he said Putin ordered intelligence services to poison him with nerve agent, which led to a lengthy hospital stay and recovery in Berlin, Germany before he flew back to Moscow where he was arrested for violating parole.

All of this have prompted European leaders to once again chime in lately:

This week it’s being reported that groups of supporters are actually showing up to the prison to protest his conditions and confinement there.

Meanwhile, the list of Navalny’s ailments and ill-health conditions keep getting more bizarre…