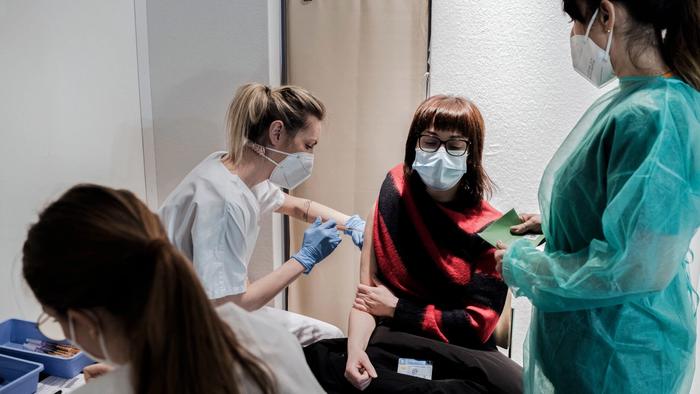 
Earlier this week, AstraZeneca managed to destroy the last remaining shreds of its credibility by prematurely releasing an analysis of its COVID vaccine Phase 3 trial data, drawing an uncomfortably public rebuke from an American oversight board tasked with regulating the trials. In response, the company acknowledged that the data it had just released was based on an interim analysis, and promised to re-release its final results later in the week.

The company made good on its promise early Thursday morning, when it re-published the trial data with one notable tweak: the jab, which was initially touted as 79% effective, is now 76% effective. Although the company’s claim that the jab is “100% effective” against serious disease was unaltered (scientists counted eight severe cases during the trial, all among trial participants who received the placebo). The data included 190 confirmed cases of COVID among the trial participants – 49 new cases that weren’t included in the data released Monday. On top of this, the company said there are 14 “possible or probable cases to be adjudicated so the total number of cases and the point estimate may fluctuate slightly.”

The 76% number results from including newer infections among the 30K+ trial participants (trials were conducted in the US, as well as Chile and Peru). AZ also said the vaccine was 85% effective in preventing sickness among adults aged 65+, which is 5 percentage points higher than the 80% number it reported Monday.

While the revision is the latest reminder that the efficacy numbers touted by vaccine-makers are effectively meaningless, Reuters reported that the restatement of the AZ trial results will “go a long way to putting the vaccine back on track for gaining U.S. emergency use authorization.”

“The vaccine efficacy against severe disease, including death, puts the AZ vaccine in the same ballpark as the other vaccines,” said William Schaffner, an infectious disease expert from the Vanderbilt University School of Medicine, adding that he expects the shot to gain US approval.

AstraZeneca said the latest data has been presented to the independent trial oversight committee, the Data Safety Monitoring Board, and it plans to submit the analysis for peer-reviewed publication in the coming weeks.

“The primary analysis is consistent with our previously released interim analysis, and confirms that our COVID-19 vaccine is highly effective in adults,” Mene Pangalos, executive vice president of BioPharmaceuticals R&D at AstraZeneca, said in a quote included with the press release.

One top AZ executive said during an appearance on CNBC earlier this week that the company intends to apply for approval in the US during the first half of April. Europe, meanwhile, the nation of Denmark extended its suspension of the AstraZeneca jabs as local public health officials take a closer look at rare blood clots that appeared in a small handful of patients. The clots led to notable illnesses and a death among a trio of Norwegian health-care workers, and cases have also been reported in Austria, Italy, the Netherlands and elsewhere. Canada’s health department on Wednesday became the latest western government to reiterate that it believes the vaccine is “safe” – though it also updated its label to warn about the risk of potentially deadly blood clots in patients with low blood-platelet counts.