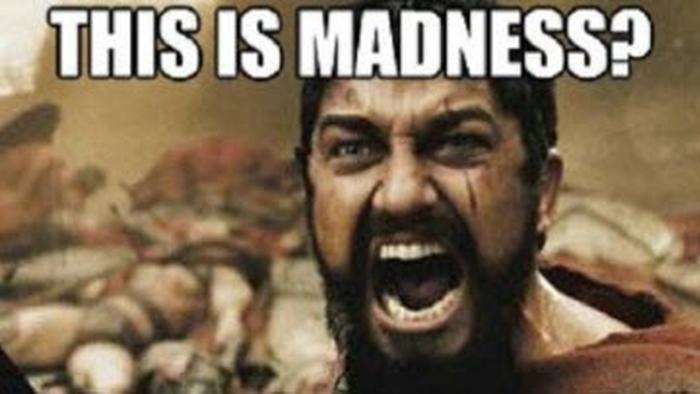 Here’s our Friday roll-up of the most ridiculous stories from around the world that are threats to your liberty, risks to your prosperity… and on occasion, inspiring poetic justice.

Amanda Gorman— a poet who happens to be Black— rose to notoriety after speaking at President Biden’s inauguration.

She is publishing a book of poetry, which will be translated into Dutch.

Gorman chose a female Dutch author to translate her work, but a Dutch activist journalist had other plans.

She rallied the woke mobsters to express their disgust that a White woman would be translating the work of a Black poet.

After the backlash, the white translator pulled out and decided she will not translate the book of poetry.

Apparently to be woke, we have to segregate poetry.

A regional health department in California issued guidelines telling parents what to do if their child has been exposed to a classmate with Covid-19.

Health officials recommend that children be kept in solitary confinement for two weeks without contact with family members. These children should be forced to eat separately from the rest of the family, and wear a mask when they leave their bedroom jail cell.

Sadly, some parents will follow this insane advice, and leave psychological scars on their children far worse than anything Covid would do to them.

A group of school superintendents in New York City routinely posed for the “Wakanda salute” at the end of their meetings.

Wakanda is the fictional, technologically advanced African nation from the Marvel comic universe made popular in Black Panther and the Avengers movies.

But one superintendent— a “Black/Afro Latina Hispanic woman”— thought the salute introduced unnecessary racial division, and refused to perform it.

She was “admonished and told that it was inappropriate for her not to participate in the black power /Wakanda/ Black Panther Salute.”

Then, after having been employed by the district for nearly three decades, she was fired. The reason given was that the school district is “moving in a new direction.”

(She later reached a deal with the district to instead be demoted in order to keep her retirement benefits.)

So the woke mob is now victimizing Black women in the name of racial justice. Makes sense.

They ultimately rejected him because he did not add enough diversity to the all female committee.

The race-obsessed committee at one point during the meeting read off their racial demographics as if these were credentials:

Clearly this is more important than the content of one’s character.

The Canada Post is a “Crown corporation,” which means it is a government agency which functions as a private corporation. But it will soon require tax subsidies to function, plus taxpayers are on the hook for the agency’s more than $5 billion of underfunded pensions.

After residents were seen without masks in the common area of their apartment building, the Canada Post suspended mail delivery to the complex.

And the apartment complex will no longer receive the government service until all residents wear masks in common areas at all times.

One flier at the shelter states, “Smoking is a lower risk alternative to injection. Give it a try!”

Another poster instructs homeless addicts to ask the front desk about “booty bumping kits,” which is apparently a method of injecting drugs anally.

Your tax dollars hard at work.

A bill introduced in the New Hampshire legislature carries the catchy title: “Establishing a criminal penalty for an assault committed against a person who is conveying public health or safety guidance or requirements during a declared state of emergency.”

That’s a mouthful. But it basically says that the bill is intended to outlaw assault against people not wearing a mask. Except that’s not what it does.

Instead, the bill makes a criminal out of anyone who “refuses to comply” if someone asks them to put on a mask.

You can feel all the Karens’ excitement growing over their pending new powers.

Why Meta Pay will Step over Sprouting Metaverse Payment Platforms?