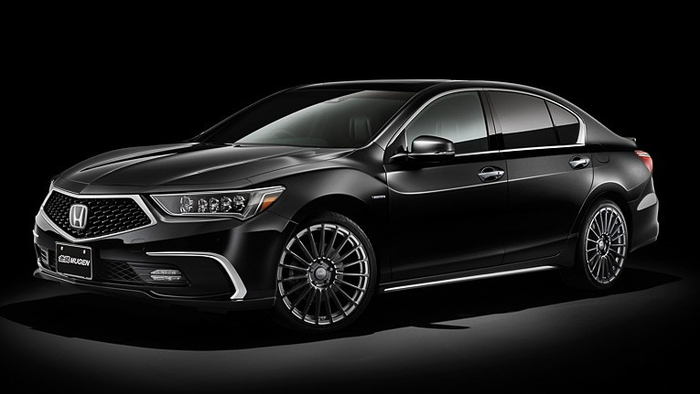 
Honda is taking the lead in autonomous driving sales in Japan.

The auto manufacturer has announced that sales of its Legend sedans in Japan will be equipped with a “Traffic Jam Pilot” feature that allows the car to drive itself on crowded highways.

Honda says it is going to make 100 of the limited edition sedans, according to Bloomberg on Thursday. The company was one of the first to be granted a Level 3 self-driving designation in Japan. Hitoshi Aoki, who was in charge of the project for Honda, said: “Long-distance driving will be very comfortable and drivers will have less stress”.

Level 3 means that certain features are autonomous, but the driver still must be able to take over.

The end game for many vehicle manufacturers is seen as Level 5 autonomy, where a car doesn’t need any human input to navigate roadways.

Autonomy has been brought up time after time as a bull case in the Tesla world. For example, Cathie Wood used it as the centerpiece of her Tesla bull case on Benzinga’s podcast earlier this week. “Our conviction on its autonomous strategy has increased over last few months,” she said, apparently unaware that Tesla has logged just 12.2 autonomous testing miles in California.

Gene Munster also threw around the world “autonomy” during a CNBC debate with Gordon Johnson earlier in the week.

Elon Musk has claimed that Tesla will have Level 5 autonomy by the end of 2021. C|NET has called Tesla’s current level of autonomy not “even reliably Level 3 autonomous”.

And so, once again, the legacy auto manufacturers – which are already vying to pass Tesla in battery, design, quality, hardware and service –  now appear to be passing Musk in sales of bona-fide Level 3 vehicles.