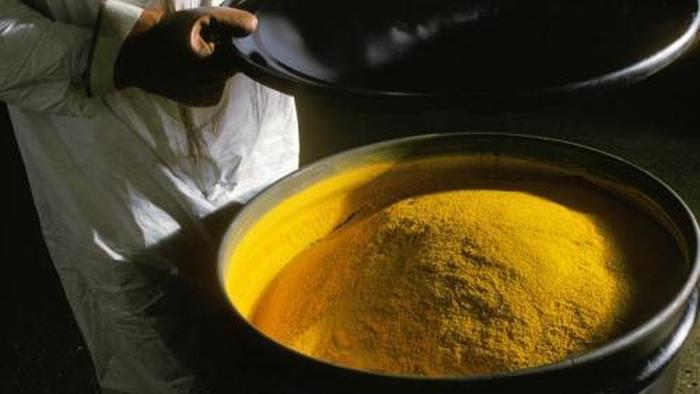 
For the past three months, we have been especially constructive on the uranium sector (and its handful of beaten down stocks), which we believe are set to benefit tremendously as the sector gets swept up in the ESG euphoria. Some of our recent observations can be found at the following links:

Then, as uranium stocks did move significantly higher in recent months as investors rekindled their love affair with a sector that had been left for dead for much of the past decade, at the start of February an TD Securities analyst said that the reddit short squeeze crowd had started to buy into the sector as well, shortly after a BofA analyst laid out an even more bullish fundamental case, on the assumption that the US could delay the closure of its aging nuclear fleet, boosting demand over the next few decades.

Next, the bullish uranium case was further bolstered by a lengthy tweetstorm by former hedge fund manager Hugh Hendry who said “A lot of you are invested in uranium. I commend you. I wish I was. Uranium is the rockstar of commodities. It doesn’t mess around – bull and bear markets are of epic proportions.”

Hendry was followed by yet another iconic hedge fund manager, who also jumped on the uranium bandwagon. In a tweet from Michael “the Big Short” Burry (who communicates with the outside world almost exclusively by twitter with tweets that are spontaneously deleted after a few days), the hedge fund manager said that “If the government is going to spend $2 trillion, there is no better use than converting the US to nuclear.  Dems can do it! Jobs +”potentially limitless electricity…no greenhouse gas emissions” #greenfuture NOW!”

Fast forward to today when Cameco (CCO which is its Canadian ticker, vs CCJ as it is known in the US) – which controls the world’s largest high-grade uranium reserves and low-cost operations and is one of the largest global providers of the uranium fuel – and the broader uranium sector soared following a report from GLJ Research in which analyst Gordon Johnson writes that a “Perfect Storm of Positive Developments Suggest it’s Time to “Get Serious” About the Uranium Sector.” Some of the note’s highlights:

… in light of recent news and a slew of checks we’ve done in the space recently, we maintain our positive bias and C$27.00/shr 2021E price objective on CCJ’s shares (+33.3% upside from yesterday’s closing price). In short, the Uranium sector supply/demand balance is the tightest we’ve seen since pre-Fukushima. Furthermore, producers who account for over 50% of global supply are keeping capacity at bay for the sole purpose of driving Uranium prices higher. When you add to this Uranium stocks are now gaining attention from ESG investors due to their low GHG footprint and quintessential role as a clean energy alternative, we see the set-up for incremental/new Uranium investments as opportune. Under this backdrop, we prefer Cameco given its low-cost industry positioning and solid balance sheet – Cameco currently boasts a cash-to-debt ratio of 79.5%, which was enabled by the company fortifying its balance sheet during the most recent downturn.

2) Recent US Secretary of Energy (Nominee) Comment: “I will work with the Department to continue to support the research, development, and demonstration of technologies to preserve our existing [nuclear] fleet, deploy advanced reactor technologies, and expand nuclear energy”

3) GLJ Research Initial Estimates. Low – France Nuclear End-of-Life Extensions: France’s recent decision to extend the life of 32 nuclear reactors for 10 years might sound like no big deal, but our new ests. suggests this equates to around 14mn lbs of U3O8 per year for 10 years (i.e., a whopping 7.5% of 2020E global demand); this is the equivalent of another large mega-mine nearly as big as Cigar Lake needed (just for France);

4) Supply Destruction 1: Orano, supplier of uranium fuel for France’s fleet of 56 Nuclear reactors, 32 of which have just been approved for 10-year life extensions, is just a few days away from permanently closing 1 of its 2 major U3O8 mines in Niger, with no replacement mine coming online; yet more demand destruction.

5) Supply Destruction 2: All Canada’s Uranium mines are now offline producing zero lbs U3O8 in 2021; each month Cameco’s Cigar mine is down due to COVID19, the world is losing ~1.5mn lbs U3O8 of production; as such, both Cameco and Orano will need to purchase in the open market to fill contracts; our checks suggest Cigar may be down until Fall.

Providing some unique value added, GLF notes that it has done some recent sector checks, and found that one of the key bear arguments centers on the idea that the commodity (i.e., uranium spot prices) has barely budged (UxC has been first to point this out).

The reason? simply put, there just aren’t many utility buyers in the market at the moment, and sellers know higher prices are coming so they are waiting for buyers to come to them (this is what we’re hearing in our checks). Cameco has a stated policy that they will not be the buyer of last resort, so they have stepped out of the market waiting for other buyers to enter before re-entering themselves. Even though Cigar Lake is down, they executed on the majority of their deliveries in 4Q20, their busy quarter, so right now they are being strategically patient rather than jumping in to the market and pushing up prices on their own. They don’t have many deliveries to fill this quarter.

As to unleashing Kazakh supply, in the latest Uranium Red Book and Kazatomprom investor handout, they show that the absolute maximum production capacity Kazakhs have is about 73mn lbs/yr, just 15mn above their 2021 Guidance. That is nowhere near enough to fill the growing deficit, no matter how high uranium prices go. Further, in order to achieve that maximum capacity, it will take several years of wellfield development and something in the order of $300-500mn in new capital expenditures.  They’ve been underinvesting for a long time now as it just does not fit their value over volume strategy. The thought is, why invest $500mn to boost production by 15M lbs/yr only to potentially tank the uranium price and kill their profits and dividend? There is no appetite whatsoever to increase production (based on our checks). They would cut it further than the 20% flex-down thru 2022 if they could, but the subsoil agreements they have signed with their JV’s only allow a maximum 20% deviation from the production levels in their contracts.

While there is more in the report, GLJ concludes by asking rhetorically if investors are missing something, and answers that “from the discussions we have, we believe some assume large funds have decided to take positions in the sector (see strength in stocks recently), but because it is so small they are going in slowly, which even so is still causing major price spikes in the equities.”

If true, this means that the rally “could go on for a long time as they build significant positions ahead of the inevitable price rise in the commodity. There is also talk about hedge funds now taking larger positions in certain equities as their first level investment in the sector, followed by a repeat of their 2007 efforts to buy physical uranium in an already tight market to drive up uranium prices so as to cash in on the leveraged returns in the equities they bought in advance.”