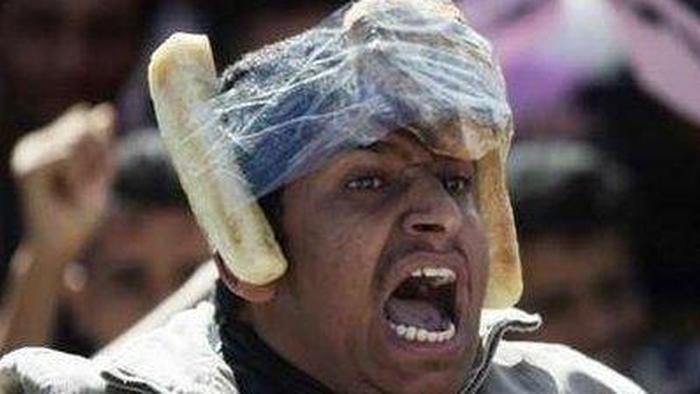 Markets were soothed yesterday, and the Hoolis of the world most so, by Fed Chair Powell saying there was “hope for return to more normal conditions”. Yet this can’t have been a reaction to any reference to the Covid pandemic: a total recovery has been more than priced in for a long time now. Neither can this market move have been a response to a hypothetical Fed Funds sitting at 4 or 5%, or even 2.5%, as it once did when things were normal.

Rather, the “hope” as well as the “normal conditions” were interpreted by the markets as Powell reiterating that the ‘Greenspan Put’ is still in full effect by any other name, and now justified for different reasons. As such, the Fed’s ‘normal’ policy of making very rich people vastly richer in order to try to make some poor people slightly less poor is going to continue.

This was never the cleverest of plans when you strip it down to its bare bones, unless you are beneficiary of said Fed largesse, in which case it’s genius. Yet the real problem is that this ‘Greenspan Put’ has serious side-effects immediately.

Not just that the Fed Chair gave semi-annual testimony at the time of what is widely seen as one of the biggest bubbles in financial history, and yet didn’t even give it a semi-serious reference – which will only see said bubble get bigger, and the damage larger when it bursts. Rather, because there are more financial headlines underlining the same Wall Street funds who enthusiastically pile into ‘Hoolis’ are now swallowing up commodities left, right, and center. That is going to make everything needed to make everything, and everything needed to make everything that people eat, much more expensive in particular. Such a trend always risks an explosive outcome, which one might have thought the Fed Chair could have considered more deeply (if one didn’t know the Fed).

With the Fed saying “Let them eat stocks”, or at least “let them buy stocks in order to eat”, there will be global consequences: the Greenspan Put could become the Greenspan Putsch in places with serious food insecurity problems.

But don’t worry, markets! “Hope for return to more normal conditions” obviously covers all of these kinds of eventualities; indeed, this will be called totally-unforeseeable, completely-exogenous “geopolitical risks” – which will subsequently require low Fed rates for even longer. I am sure markets will remain bullish if we just give them a putsch.

Meanwhile, on hopes for “more normal conditions” in the global sphere, China has laid down the conditions for the US to meet in order to reset bilateral relations: remove all tariffs; all sanctions; and all controls on Chinese tech and access to US education; and stop interfering in domestic affairs, such as Taiwan, Xinjiang, Tibet, and Hong Kong – and the South China Sea. “A good-mannered gentleman never thrusts his knife and fork into the food on someone else’s plate,” was the message, which seems apt at a time when food on plates is becoming a major geopolitical issue again.

The US response is that Treasury Secretary Yellen has reiterated Trump tariffs on China are to stay for now; the ranking member on the Homeland Security Committee has urged President Biden to boycott the 2022 Winter Olympics in Beijing; and within weeks the Senate will take up a bipartisan bill, The Endless Frontiers Act, aimed at boosting its economic competitiveness vs. China. This would rename the National Science Foundation and charge it with “finding ways to advance US efforts in certain high tech areas, including artificial intelligence, high performance computing and advanced manufacturing.” Knives and forks out, it seems.

Likewise, the Canadian parliament just voted 266-0, in an non-binding motion, to recognise Chinese actions in Xinjiang as genocide. Even with PM Trudeau and his cabinet abstaining, one would imagine that further trade damage may be done. Let’s see if China continues to buy canola from Canada or not, eh?

If Canadian canola sales continue anyway (and some Aussie agri exports continue to sneak in too) it could suggest the US Fed may have –totally inadvertently– stumbled onto a geopolitical weapon in its ‘Putting’. Previously we saw concerns over a deliberate shortage of US dollars being used to squeeze China, and this remains a potential threat; yet a flood of US dollars forcing up global food prices for a China that cannot feed itself and must buy all commodities in said dollars could ironically also be a pressure point – as any bifurcation in real trade-flows vs. diplomatic rhetoric would suggest. That’s the power of the global reserve currency, even if a Greenspan Putsch is *not* applicable there.

And on rhetoric, trade, bifurcation, and pressure points, following the release of the European Commission’s strategy to make EU trade more “strategic” –read ‘as mercantilist/pugilist as everyone else’ (see here)– the EU is not only interested in building its own Hoolis, but its own semiconductor production to work around bottlenecks in that manufactured commodity. Yet quoting the article linked above: [The] idea of an [EU] foundry that manufactures the most sophisticated generations of chips “is a bridge too far,” said one industry official…. “The gap is pretty wide between what [the EU] has in mind and what the industry can deliver without committing financial suicide…The European ambition gets bigger and bigger by the quarter. It started as the project of the decade, now it’s become the project of the century and soon it’ll be the project of the millennium,” the official said. “Meanwhile, we are forgetting to take the first step.” Well, at least we have central banks to make financial suicide perfectly viable as a strategy, right?

For those not joining the dot plots here, this is yet another example of the long-predicted conjoined trends of massive monetary (and then fiscal) stimulus and rising global protectionism and the desire for “strategic autonomy”, in order to reflate on one’s own terms. It’s all very 19th century, just now with semiconductors as the new ‘steel’ – but gunboats are the same gunboats, and food still the same old food.

Never mind. Just focus on the “Hope for return to more normal conditions.”