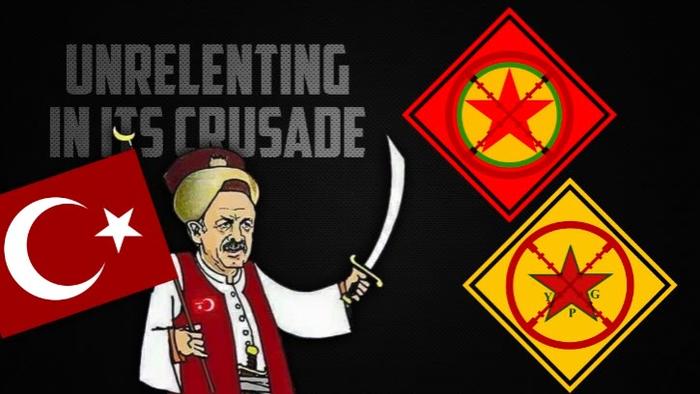 Turkey is unrelenting in its crusade against the Kurdistan Worker’s Party and the People’s Protection Units, as two parts of a whole.

Ankara’s forces carry out frequent operations within and without the country, targeting both the Kurdistan Worker’s Party’s (PKK) and the People’s Protection Units (YPG)’s interests and members. The Turkish government dubs both groups as terrorists, and does not shy away from invading the sovereign territory of other countries to pursue and “eliminate” their members and positions.

As a result, Turkey frequently encroaches on Syrian and Iraqi territory, and even has observation posts set up to target its Kurdish enemy.

It strongly opposes the Syrian Democratic Forces, a group whose core is comprised of the YPG, and receives heavy US support.

Most recently, between February 10th and the 14th, Turkey began its most recent operation in northern Iraq. In particular, it took place on the Gara Mountain in the Duhok Governorate of the Kurdistan Region. The result was such that both the PKK and the Turkish Armed Forces claimed victory, following the operation. The accounts of what transpired vary.

Turkey said it killed 53 PKK members, and captured 2. It admitted to losing 3 soldiers, while 4 of its troops were wounded in battle. According to the PKK, Turkey lost at least 30 soldiers, and dozens more were injured. A sort of collateral damage involved 13 Turkish hostages whose corpses were discovered in a cave network in the mountain area. Turkey and the US claimed that these were largely civilians, and some intelligence officers. The PKK claimed these were 13 Turkish military hostages. Turkey’s Defense Minister claimed many weapons and ammunition, as well as other equipment were seized.

In the aftermath, Turkish president Recep Tayyip Erdogan vowed to expand military operations which showed progress to other regions where threats are still significant.

Ankara’s aggressive and assertive actions are making many of the involved parties dissatisfied. Regardless it keeps carrying them out and shows no intention of stopping.

In Iraq, the Al-Nujaba Islamic Resistance Movement issued a warning to the Turkish Army against invading the country any longer. It said that it would suffer the same fate as the American Army whose convoys and positions continue to be targeted. Iraq maintains the posture that Turkey must withdraw fully from its sovereign territory. It should simply pack up its bases in the north of the country and vacate the premises.

In response, Turkey maintains that the West, and Iraq’s government aren’t doing enough to counter the alleged terrorist threat. Ankara claims it has its right of self-defense, even if it requires invading other countries.

Operation Claw Eagle 2 was of questionable success, if the numbers by the PKK are to be considered, against those provided by Turkey. These operations, however, are unlikely to stop, both in Iraq and Syria.

Erdogan seems hell-bent on solving all “security issues” and expanding Turkish activities in regions that are deemed threatening to Ankara’s interests.