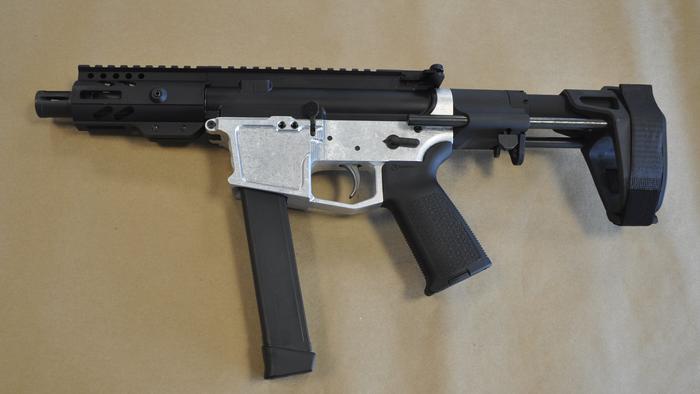 
A homemade or improvised firearm that lacks commercial serial numbers is becoming a significant problem across Baltimore City. These weapons are commonly referred to as “Ghost Guns,” are untraceable and can either be made from 80 percent lower kits or 3D-printers.

The Baltimore Sun reports Baltimore City Police said a sharp increase in ghost guns in the metro area had been seen.

Baltimore Police Lt. Col. John Herzog told lawmakers this week that city police seized 126 ghost guns in 2020, up from 29 in 2019. The number of untraceable firearms seized in the city last year was more than all ghost guns seized statewide in 2019.

“That’s an extremely dramatic increase,” Herzog said. “We know they are becoming more popular for criminals and gun traffickers.”

Maryland lawmakers introduced a bill earlier this month to regulate the ability to purchase or manufacture untraceable firearms.

“Untraceable firearms are not just guns with serial numbers crossed off,” said Sen. Susan Lee (D-Montgomery), “they also include guns that have been designed to get around state laws and the federal definition of ‘firearm.'”

Herzog said 21 of the ghost guns sized last year were linked to violent crime, including 15 tied to homicides or shootings.

Baltimore City has face five years of homicides over the three hundred mark, ever since the 2015 riots after Freddie Gray, a young black man, died in police custody; since then, mistrust of police among people in the community has resulted in a city that continues to descend into chaos.

Years ago, more specifically in 2014, we noted, “3D-printing, like decentralized cryptocurrencies, have the potential to change the world in which we live in extraordinary ways.”

Over the years, US lawmakers have called ghost guns a threat to communities.

Now entering the Biden administration era, who has repeatedly warned they will “defeat” the National Rifle Association (NRA). In response, the NRA filed for bankruptcy last month by dumping New York to incorporate in Texas.

More specifically, Biden’s website makes it clear that he will “stop ghost guns.” Here’s what his website says:

One way people who cannot legally obtain a gun may gain access to a weapon is by assembling a one on their own, either by buying a kit of disassembled gun parts or 3D printing a working firearm. Biden will stop the proliferation of these so-called “ghost guns” by passing legislation requiring that purchasers of gun kits or 3D printing code pass a federal background check. Additionally, Biden will ensure that the authority for firearms exports stays with the State Department, and if needed, reverse a proposed rule by President Trump. This will ensure the State Department continues to block the code used to 3D print firearms from being made available on the Internet.

Meanwhile, in anticipation of a crackdown on guns and ghost guns, Americans, for months, have been panic searching and or buying ghost gun kits before new regulations are passed.