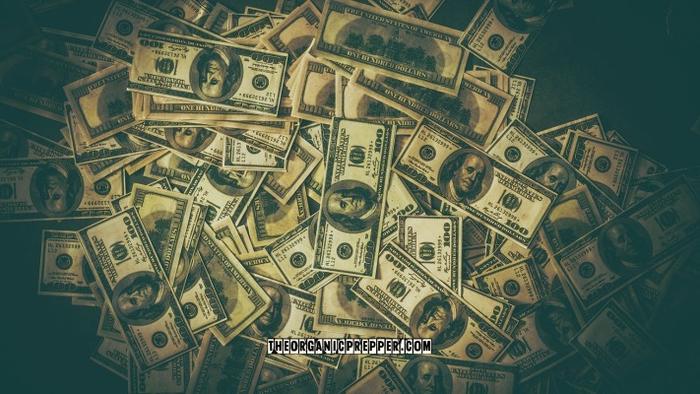 
Authored by J.G.Martinez via The Organic Prepper blog,

When a collapse occurs, aside from the obvious, there are plenty of things that happen. Chaos theory kicks in, and depending on the location, crazy things transpire. An example of this is Singapore and what happened that led to it being one of the world’s safest countries.

A brief history of Singapore: Singapore in the middle 50s and 60s had serious problems: unemployment, housing shortage because of over-population, racial tension, and corruption. Though hospitals were still running, if you wanted care, a bribe was necessary. Mafia and crime were a concern also.

PAP (The People’s Action Party Est 1954) became the ruling political party of Singapore in 1965. PAP took steps to increase the penalties for corruption, something that many countries take lightly. The worst punishments were for those robbing the social programs with the most impact, like health, education, or childhood/elderly care. The governing party also proceeded to pass bills regarding state employees, their positions, and their financial accounts. The reason for monitoring the accounts was to track down those who were giving or accepting bribes. As a result of the new bills, many state employees were sent to jail, thereby cutting down corruption. Some of them even received the death penalty. Drug dealing was another crime punishable by death.

It is important to note Singapore’s justice system collaborated from the beginning to make this happen. Something I believe will never happen in my country.

A new scam has started in Venezuela’s twisted economy

Something I never thought could happen, as it doesn’t have any precedents, has. And it is something that caught me entirely by surprise.

I know my countrymen. They can be so creative they indeed could deserve some award to survive (and even thrive) in harsh environments. They can twist and bend the rules to extreme degrees not seen in other parts of the world, even in South America. And I’m afraid we’re going to see more of this soon.

A deposit is made to someone of 35 Peruvian soles. In turn, they deposit roughly 12-13 million Bolivares, no questions asked. Where did they get the Bolivares? Well, that is a good question. To me, it remains a mystery. Bank fees are ridiculously low, and I doubt they are making money enough to pay the power bill.

They are buying USD, cash, banknotes, considered “in bad shape” or “partially damaged” by the general public. (Public meaning those who have never been outside our borders, of course.)

Not one country I have visited would say this is damaged currency.

However, the shops and supermarkets are demanding banknotes to be in excellent shape. Does this seem suspicious to you? It does to me. (Ok, maybe I have too many TV shows bouncing around in my mind. But it does remind me of a couple of competitors giving El Don, the more significant drug dealer, a bunch of cash. One of them with the banknotes rolled up, a dirty mess in a duffel bag, and the other one a neat series of blocks, wrapped in plastic. You get the point.)

Suppose you are buying groceries or clothes and the banknote has very slight “damage” (a small ink stain, for example, or too many wrinkles). In that case, they immediately try to force the customer to accept less for their money. For example, the customer is told, “This bill is not worth 20$, as it is damaged. We will take it if you accept that it is worth only $15 (or $18, $19…at the cashier’s discretion) in groceries.”

What the…? Come on. How does this work?

“Smart” people will buy “defective” banknotes from an unknowledgeable population that has hardly seen cash dollars in their lives. To them, a little ink stain is a defect. Those “smart” people take advantage of this by blatantly offering 15$ for a 20$ that is quite used or with an ink stain.

Many shops won’t accept these banknotes. Poor people are often forced to sell their damaged notes for less than the actual worth. They will offer 8$ for a 10$ note and 90$ for a 100$ with some “damage.”

Repeat this operation 100 times, and you will collect enough “damaged” cash that will be entirely acceptable across the border. People travel with this stash to buy national currency and return a few hours later to exchange them again. No matter the loss, as it has been indeed already covered with the abuse.

And this, ladies and gentlemen, is an entire commercial activity by itself

It is shameful that people are more than willing to kick their honesty through the window if there is a way to make money with less effort. And if that means they scam a few fellow citizens in the meantime, too bad.

I have to wonder where all of that exchanged money goes. The people have nearly dropped the national currency, mostly electronic, and are using other countries’ currency, such as Colombian peso, Euros, USD, and Brazilian Reals (BRL).

As there is no real exchange system of currency with the outside world, the Bolivares remain whirling endlessly inside our border as it cannot be considered a “reserve” currency. And a real problem in my country as the so-called “dollarization” process (which is NOT) occurs is a shortage of coins and small bills.

To me, this is not a real way to make money. It is part of a subculture that brings out the worst of the human species. How quickly this practice has extended throughout the country makes me realize how some past myths have remained as something forbidden and terrible. As Selco has said, there will always be new rules in a collapse and someone will enforce them.

Oh, and if you are a Venezuelan and are reading this, feel free to send me all of your “damaged” 20$ banknotes you don’t want messing up your wallet anymore. I will be happy to receive them.