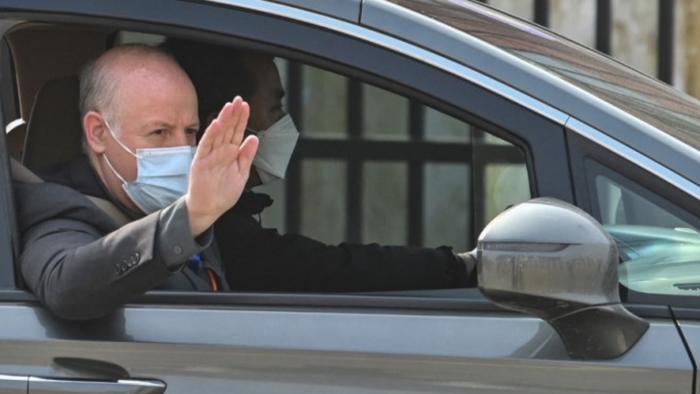 
Two days after the WHO team of investigators was marched through the Wuhan Institute of Virology, its members declared that any ‘conspiracies’ about the origins of COVID-19 were simply untrue – confidently exclaiming that it was “extremely unlikely” the pandemic came from a lab leak.

Once the team returned to Geneva, however, WHO Director-General Tedros Ghebreyesus did a “screeching U-turn to the lab leak theory” – admitting on Thursday that all theories behind the origin of COVID-19 warranted further investigation.

.@who has made a screeching U-turn on the lab leak theory it dismissed at yesterday’s press conference

‘Some questions have been raised as to whether some hypotheses have been discarded. I want to clarify that all hypotheses remain open and require further study,’ says @DrTedros

“Some questions have been raised as to whether some hypotheses have been discarded. I want to clarify that all hypotheses remain open and require further study,” Dr. Tedros said Thursday, in a moment of self-awareness over the optics of their ‘open-and-shut’ investigation.

One of the scientists on the trip was Peter Daszak – whose giant conflict of interest wasn’t a problem for the WHO. Daszak worked directly with WIV researcher Shi Zhengli (‘Batwoman’), who created chimeric coronaviruses via ‘gain-of-function’ research to make them more transmissible to humans.

Daszak is the president of the nonprofit group EcoHealth Alliance, which funneled nearly $600,000 from a U.S. taxpayer-funded grant to the Wuhan Institute of Virology between 2014 and 2019 as part of a research project studying coronaviruses from Chinese bats, according to The Wall Street Journal.

And now, he’s doing damage control as the lab leak hypothesis continues to gain momentum. Here he is suggesting that ‘US intel’ was ‘increasingly disengaged under Trump & frankly wrong on many aspects.’

Curiously (or not) absent from Daszak’s investigative process is the fact that deadly viruses have a history of escaping from Chinese laboratories, including, notably, the first SARS virus escaped twice from the Chinese Institute of Virology in Beijing in 2004.

And now, if only to avoid an optics nightmare, the WHO has gone against Daszak’s confident proclamations that the lab-leak hypothesis is impossible, and is instead leaving the door open – perhaps in order to officially shut it down the road when things have cooled down.