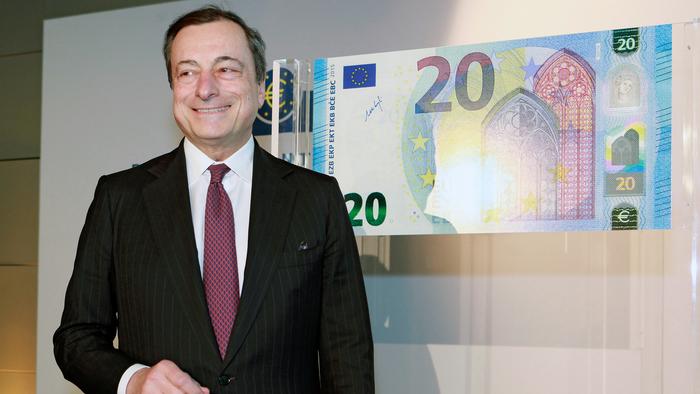 
Authored by Robert Aro via The Mises Institute,

The word “technocrat” is seldom used by the liberty crowd. It invokes the idea of a bureaucracy using technical experts to somehow make the right decisions on behalf of the entire nation and stands as the antithesis of a free society. Sadly, it captures the essence of central banking as well. This week, news came out of both Italy and Australia showcasing how this works. Starting with Italy, on Tuesday, the New York Times praised the technocrat when announcing that former head of the European Central Bank, Mario Draghi was summoned to Italy in hopes of becoming the next Prime Minister. Described in the paper as the “pie-in-the-sky wish of many of Italy’s European Union-friendly politicians,” Draghi appears to be the man destined to guide the nation out of the current pandemic. As explained:

By officially bringing in Mr. Draghi as a potential leader in a critical moment, Italy seemed poised to return to the model of the technocratic government that has the reputation of bailing out the country when its political forces fail.

The press tells us politics has failed the country, but salvation can be found through electing a better, more skilled and experienced leader. In this case, it becomes the job of one of “Italy’s highest profile international officials,” who it said to have once steered Europe out of crisis almost a decade ago:

He is credited with easing interest rates and proclaiming in 2012 that he would do “whatever it takes” to save the euro as the Central Bank’s president during the eurozone debt crisis.

The value of the technocrat lies in his ability to do “whatever it takes,” especially in time of crisis. Understand, the “whatever it takes” attitude of a central banker will invariably include more debt issuance, making it ironic that the Euro Zone debt crisis was solved by creating more of the existing problem. As we see, his remedy:

At the moment, high debt levels don’t concern our planners as rates are either low or negative. However, this does not solve any crisis so much as it prolongs it with the inevitability of it being more severe in the future.

In this regard, Europe today resembles the situation in the USA, stuck where keeping rates low forever must eventually meet the reality that rates must rise one day; it is our central planners who must take the credit for this.

On the other side of the globe, in Australia, we see that the explanations given by our leaders are not always true. This was reiterated on Tuesday when the head of the Central Bank of Australia, Governor Lowe announced an additional $100 Billion AUD bond buying, in addition to the $300 Billion AUD stimulus on the fiscal side. CNBC notes:

The stimulus has ignited a fire in the housing market where prices are at record highs…The resurgence in the property market supports household balance sheets and encourages spending through positive wealth effects, Lowe said.

If true, and the “positive wealth effect” refers to government stimulus which created currency debasement causing asset prices to increase, then it’s hardly a cause for celebration. How this wealth effect can be measured is unknown to even the Governor himself. It fails to consider that if everyone’s house increases in price, we cannot then claim we are all better off. Nor are the effects of the debt burden considered as the focus remains on assets, not liabilities, as well as spending over savings. No one seems to consider the repercussions of having the housing market “cool off” after a sustained period of being on “fire.”

Like a young adolescent who wants to be treated as an adult, but who cannot fully comprehend that all actions carry consequences, those charged with planning our future constantly seem incapable of planning beyond the things they find most gratifying in the present. Whether it’s a former central banker on the way to manage the affairs of Italy, or the current head of monetary policy for Australia, the technocrat is paid handsomely to do the impossible; probably due to the manner in which they are trying to make our lives better. It is quite literally, impossible.