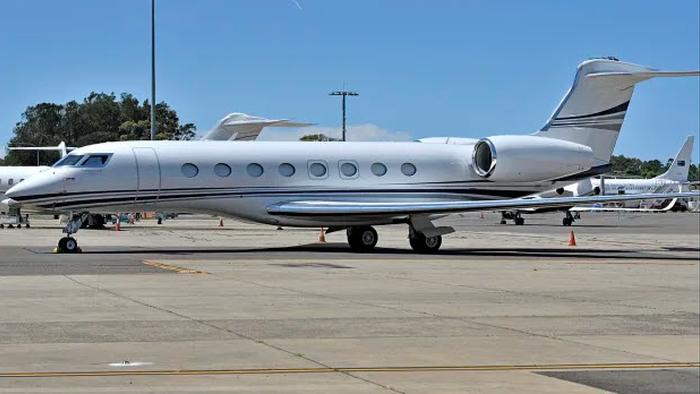 
Earlier today, Blackrock founder and billionaire Larry Fink took over the CNBC airwaves, and the favorite scribe of the ultra rich, Andrew Ross Sorkin, penned an article in the NYT about how “BlackRock Chief Pushes a Big New Climate Goal for the Corporate World” in which he said that “Larry Fink is using his firm’s huge influence to pressure companies to eliminate greenhouse gas emissions by 2050.” Which, of course, is an amusing take – the Blackrock CEO led a similar “crusade” against buybacks in 2013-2016 with absolutely zero success and in fact, buybacks exploded in 2017 and 2018 after Trump allowed offshore tax repatriation, leaving companies more indebted than ever and more prone to failure once a catastrophic event happened. Such as covid.

Sorkin at least was intellectually honest to admit that – at a time when one of the biggest China lackeys and opportunitists of his generation, Hank Paulson, has launched a “Green Institute” when he certainly could care less about the environment but certainly cares about the fusion of China money and the ESG narrative –  skeptics have argued that “Mr. Fink’s support for the reform-minded E.S.G. movement — which stands for environmental, social and governance — was a marketing gimmick that companies would back in an economic boom but shun in a crisis. If corporate America had to pick between cutting sustainability programs or dividends for investors, the thinking went, sustainability programs would be the first to go.”

There’s that, and there’s also the fact that green and climate change are the biggest taxpayer-funded boondoggles in history, with estimates for the final (subsidized) cost for Biden’s green agenda ranging from $2 to $10 trillion (or more if he goes full “Green New Deal”).

But in the end, the real reason why Fink loves green is that other “green.” Recall what business Larry Fink – the CEO of the biggest asset manager and passive investor in the world – is in: his job is simple – to get investors, everyone from robinhooders, to mom and pop, to professionals into equity funds. And as shown below, there is no greater draw of capital right now than the green narrative (or, as it is known in Wall Street circles, ESG).

So for all those wondering why Larry Fink is such a staunch defender of the environment, the dark blue line below explains it all:

ESG investing within the US skyrocketed in 2020. Inflows into US ESG-focused equity funds totaled $47 billion in 2020 compared with combined inflows of $25 billion between 2015 and 2019. ESG-focused funds are those that are marketed as ESG funds or indicated ESG investing as one of their main objectives. ESG-focused equity fund AUM has increased to $375 billion from $260 billion at the start of 2020. In contrast with ESG funds, all other US equity funds (active, passive, and ETFs) saw outflows totaling around $300 billion last year.

While we have discussed the farce that is ESG investing – where the so-called “ESG” stocks are nothing more than the biggest gigacaps, which incidentally burn gigawatts in electricity to power all those cloud servers…

… there is another reason why Larry loves “green”; the reflexive nature of ESG means that the more popular it is, the more it outperforms, not for any other reason but simply because it houses ever more assets. And the more it outperforms, the more capital inflows it gets, and so on creating a perfectly self-contained financial perpetual engine… at least until the ESG bubble pops and all the virtuous hot air inside it escapes. Here’s Goldman again:

Strong fund flows have corresponded with strong ESG fund performance. The average US ESG equity fund has outpaced the S&P 500 (30% vs. 21%) and the average US large-cap core mutual fund (19%) during the past 12 months.

US renewables stocks have outperformed the S&P 500 by around 200 percentage points since the start of 2020 (+218% vs. +21%). Among ESG investments, renewables companies are the most exposed to the transition from fossil fuels to renewable energy across various industry verticals, such as solar, energy storage, electric vehicles, and cleaner fuels. US renewables performance has been particularly strong during the past few months around the US elections.

One final reason why Larry Fink has emerged as the prophet of ESG: the bubble can only keep growing as long as someone is preaching, and getting new capital to come, expanding the multiple… because the price is certainly not coming from earnings growth. Goldman again:

In short, “green” or ESG, is nothing but a marketing gimmick wrapped conveniently inside the virtuously-signaling wrapper of an “environmentally conscious”, socially responsible Wall Street professional, yet at the end of the day it’s all lies, and the only thing that matters – to both Larry and all others like him is to keep the only “green” that matters on Wall Street flowing. That will continue as long as ESG remains the dominant “virtue” on Wall Street, where countless asset managers preach the benefits of ESG, yet only care about their commissions and about investing in the gigacap stocks that continue to lead the market. This is what we said back in October:

Instead of finding companies that, well, care for the environment, for society or are for a progressive governance movement, women’s rights or social equality (a bit of a paradox in a market that has led to the biggest wealth divide in history), it turns out that the most popular holdings of all those virtue signaling ESG funds are companies such as…. Microsoft, Alphabet, Apple and Amazon – you know, the world’s four biggest companies (and in some cases anti-ESG monopolies) that just get bigger by the day  – one which one would be hard pressed to explain how their actions do anything that is of benefit for the environment, society, or whatever the S and G stand for. It gets better: among the other most popular ESG companies are consulting company Accenture (?), Procter & Gamble (??), and Bank of New York Mellon (!!?!!!?!). At least Exxon is missing.

Yes, for all those who are speechless by the fact that the latest virtue-signaling investing farce is nothing more than the pure cristalized hypocrisy of Wall Street and America’s most valuable corporations, which have all risen above the $1 trillion market cap bogey (and Apple is now $2 trillion) because they found a brilliant hook with which to attract the world’s most gullible, bleeding-heart liberals and frankly everybody else into believing they are fixing the world by investing in “ESG” when instead they are just making Jeff Bezos richer beyond his wildest dreams, here is Bank of America’s summary of the 50 most popular ESG funds. Please try hard not to laugh when reading what “socially responsible, environmentally safe, aggressively progressive” companies that one buys when one investing into the “Green”, aka ESG scam.

If Larry really cared about the environment instead of just how to boost his bonus, he would donate the fees that Blackrock generates from its ESG funds and donate them to charity. Or the least he could do is stop using his private Gulfstream 650 which burns 1,100 kilograms of massively polluting jet fuel per hour, while he is participating in this “green charade.”

Neither is ever going to happen.