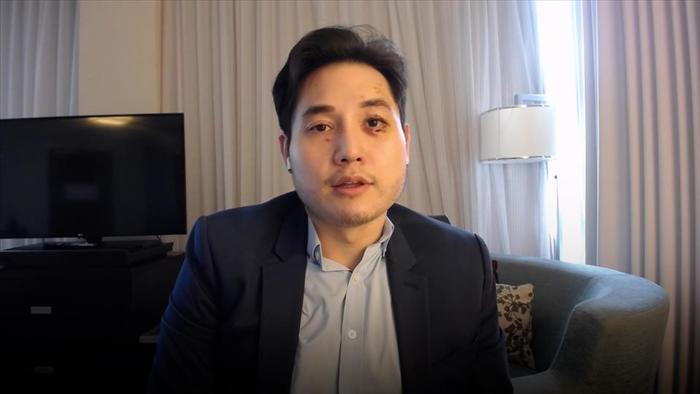 The Portland-based journalist – a regular presence documenting violent Antifa activity in the Pacific Northwest (and having been assaulted for his coverage) – has fled to the United Kingdom.

“My hometown of Portland, Oregon is the epicenter of American Antifa,” Ngo told Sky News Australia in a Saturday interview. Ngo noted tthat US politicians who rightly condemned the January 6 riots at the Capitol were “at best silent last year when my city was literally under siege.”

“At worse they actually promoted some of the crowd funded campaigns,” he added.

Ngo described the increasingly violent death threats he’s received, telling Sky “For a number of months now, there’s just been increasing threats of violence against me, promises by Antifa extremists to kill me.”

“It’s pained me a lot, temporarily having to leave the country and home that settled my parents who came there as political refugees,” he added.

Ngo, editor-at-large of The Post Millennial, was beaten and robbed by Antifa terrorists in July, 2019, after which his assailants – apparently not the “Unity” brand of Democrats – soaked him in liquids which police believed to be quick-drying cement. He was hospitalized following the incident.

Some Antifa members have condemned Ngo for “enabling fascism” and exposing them to danger by reporting their names and posting their arrest photos. He was vilified by Rolling Stone magazine, which branded him as a “right-wing troll” and said he tries to “demonize” Antifa.

Hatred towards Ngo apparently escalated even further with the upcoming publication of his book, ‘Unmasked’, which chronicles Antifa’s history of violence and its “radical plan to destroy democracy.”

Powell’s City of Books, the Portland retailer which is touted as the world’s largest independent bookstore, was targeted by protesters after saying earlier this month that it would refuse to stock Ngo’s tome on its shelves but would continue selling it online. Demonstrations outside the flagship Powell’s store in Portland were sometimes violent and dragged on for at least a week, forcing the massive retailer to close early and evacuate employees and customers out the back door.

An #antifa protester outside @Powells Books explains that stopping the release of my upcoming book would be like stopping the historical publication of Hitler’s “Mein Kampf.” pic.twitter.com/8NVTtQwYNz

Ngo’s upcoming book Unmasked – scheduled for a February 2 release, is the number one seller in several political categories on Amazon.com.

The West’s Liberal-Globalist Elite, Not Russia, Are Destroying Europeans’ Way Of Life