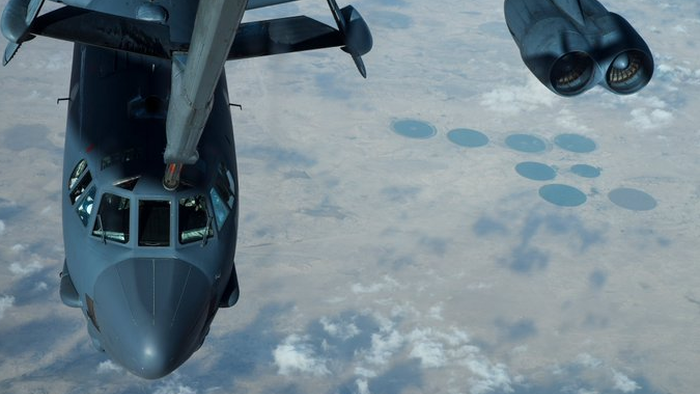 Exemplifying US hostility toward Iran, America carries out B-52 overflights of the region with increased regularity, often twice a month. The US Central Command issued a statement confirming another such overflight this weekend.

As with previous cases, officials are calling it an “observable” show of military power, aimed explicitly at Iran. Sunday’s bomber mission was out of Minot, North Dakota, making the long flight to Iran to prove a point about US hostility.

Officials did not say how many B-52s took part in this particular overflight, but past ones usually involved two. The bombers have an extreme amount of range, and have to fly a long route indeed to reach a potential target.

The impact of such flights is no doubt less because they keep happening just a week or two after another. This can only be seen as a continuation of Trump’s Iran policy, as Iran hopes for better prospects with Biden.

According to Military Times the latest provocative flyover came a day after “Iran’s paramilitary Revolutionary Guard conducted a drill Saturday launching anti-warship ballistic missiles at a simulated target in the Indian Ocean, state television reported, amid heightened tensions over Tehran’s nuclear program and a U.S. pressure campaign against the Islamic Republic.”

“Short-term deployments of strategic assets are an important part of our defensive posture in the region,” commented Gen. Frank McKenzie on both the B-52 missions and increased US presence in Gulf region.

“The training opportunity and continued integration with regional partners improves readiness and delivers a clear and consistent message in the operational environment to both friends and potential adversaries, alike,” he added.

Bitcoin Bear Market Bottom Is At $24k! Here’s What Comes Next For BTC!