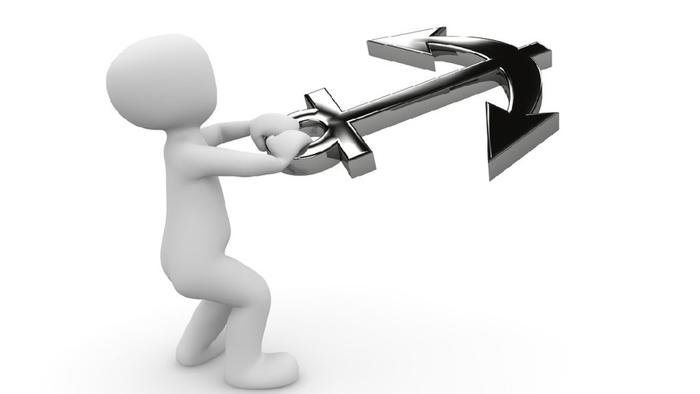 President-elect Joe Biden unveiled his massive stimulus plan last week touted as the “American Rescue Plan.” In his podcast, Peter Schiff said it was more like throwing a drowning man an anchor.

Before Biden announced his stimulus plan, Jerome Powell spoke and reassured everybody that the Fed will continue with its loose monetary policy. He emphasized that the central bank will hike interest rates “no time soon.” He also pushed back against some of the other Fed presidents, particularly Atlanta Federal Reserve President Raphael Bostic, who hinted the central bank might consider “pulling back” on asset purchases in the near future. Powell said, “Be careful not to exit too early,” adding “by the way, try not to talk about exit if you’re sending that signal because markets are listening.”

Powell seems to sincerely believe that the Fed can stimulate economic growth and create jobs by printing money. Peter said Powell lecturing about economics is “the blind leading the blind.”

He knows nothing about economics and he’s talking to people who know nothing about it. But what’s worse  — it’s not just he doesn’t know anything — it’s that he thinks he knows something. And what he thinks he knows is wrong. And that is the real danger. You know, you have all this power in the hands of somebody that has no idea what they’re doing. Power and ignorance is a dangerous combination, especially when you’re the chairman of the Federal Reserve. You have the power to print all this money and you think that if you exercise that power you’re doing good. But you’re actually doing harm.”

Powell talked about how much the government is helping during the pandemic. Peter said if the government really wants to help, it should get out of the way.

The government needs to lighten the burden that it places on the economy. … It should be cutting spending. Instead, it’s doing the opposite and it’s adding an inflationary problem to the health problem, so we’re in much worse shape.”

It’s difficult to overstate the level of spending. The US government set an all-time record high December budget deficit of $143.6 billion last month. In just the first quarter of fiscal 2021, the federal government spent $1.3 trillion. And the spending isn’t about to slow down. In fact, it will likely accelerate.

In a nutshell, Biden wants to “stimulate” the economy with a bunch of government spending paid for by more Federal Reserve money printing. Here are just a few highlights.

Biden said the expanded and extended unemployment benefits would help people make ends meet while they look for a job. Peter said it will just let them put off their job search.

They don’t have to start looking for jobs because they got a better deal on unemployment than anything they can hope for in the employment market.”

Biden also included a proposal to increase the federal minimum wage to $15 an hour. Peter said that will make the unemployment benefits an even bigger deal.

The higher minimum wage is going to make it a lot harder for the low-skilled workers to get jobs. Because if they can’t convince an employer to pay them $15 an hour, they’re out of luck. They have no choice.”

Biden’s plan is effectively to incentivize people not to work by paying them more money to stay at home, and to make it more difficult for them if they actually do want to go back to work by making it harder for people with low skills to get a job because they’re not legally employable given their relatively low productivity.

So, Biden’s plan to revive employment is going to achieve the opposite result. It’s going to further incentivize people not to work and then make it a lot more difficult for the people who want to work to actually get a job.”

All of this stimulus spending will be almost entirely financed by the Federal Reserve. There may be some tax hikes on “the rich” down the road, but that won’t come anywhere close to closing the spending gap.

All this money – the $1.9 trillion – is going to be printed and spent into circulation. And that is the inflation that is driving commodity prices. It’s the anticipation of that inflation.”

This isn’t a rescue plan. It’s basically the equivalent of throwing a drowning man an anchor.