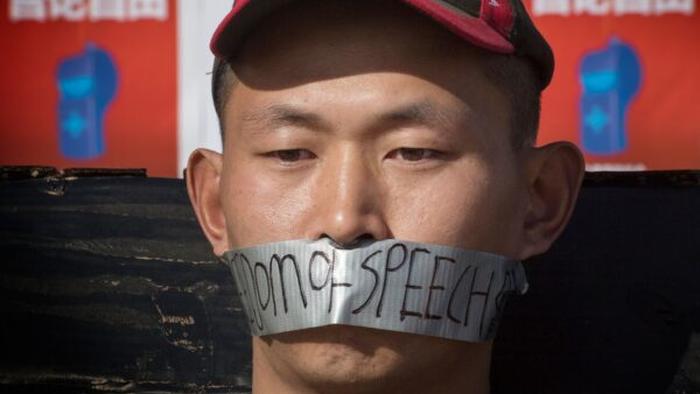 
Authored by Nicole Hao and Annie Wu via The Epoch Times,

Around this time last year, Chinese authorities acknowledged that an “unknown” form of pneumonia was spreading in the city of Wuhan.

But it was already too late. What we now know as COVID-19 had already broken out across the city and possibly beyond.

In the months that followed, authorities bungled prevention measures and covered up the number of infections. They enacted travel restrictions weeks too late – as Chinese travelers seeded outbreaks around the world – and prevented international researchers from visiting the country to investigate the origin of the virus that causes COVID-19.

A global pandemic ensued that has claimed millions of lives, brought economies to a halt, and disrupted people’s livelihoods.

People wearing facemasks as they wait at the Wuhan Red Cross Hospital in Wuhan on Jan. 24, 2020. (Hector Retamal/AFP via Getty Images)

As the virus spread around the world, the regime in Beijing began an aggressive campaign to spread disinformation claiming that the virus didn’t originate in China; that propaganda offensive continues today.

Meanwhile, the regime punished citizens who dared to publicize information that didn’t fit its narrative: that authoritarian control had succeeded in containing the disease.

But in interviews with The Epoch Times, citizens tell of a different reality: draconian lockdown measures have deprived them of basic rights, while authorities continue to suppress information about new clusters around the country.

As a new wave now hits Beijing and parts of northeastern China, locals are once again kept in the dark as authorities seal off neighborhood after neighborhood.

Residents wait for groceries delivered to an entrance of a sealed residential compound, after new cases of COVID-19 were confirmed in Dalian city, Liaoning Province, China, on July 23, 2020. (China Daily via REUTERS)

Wuhan health authorities only confirmed the outbreak on Dec. 31, 2019, after whistleblower doctors had shared information on social media.

Government documents leaked to The Epoch Times have since revealed that COVID-19 cases may have surfaced months earlier. Wuhan hospital data shows that patients were hospitalized with symptoms similar to COVID-19 as early as September 2019, while several people died in October 2019 from pneumonia, lung infections, and other COVID-19-like conditions.

In the early weeks of the epidemic, the Chinese regime continually downplayed the crisis and denied that the disease could be transmitted among humans. The World Health Organization repeated Beijing’s claims, and would wait until Jan. 30 to declare the outbreak a global health emergency.

Chinese authorities didn’t implement containment measures until Jan. 23, with a lockdown on Wuhan. However, by then, 5 million people had already left Wuhan, amid a typical peak season for domestic and international travel for the Lunar New Year holiday.

Chinese officials in protective suits checking on an elderly man wearing a facemask who collapsed and died on a street near a hospital in Wuhan, China, on Jan. 30, 2020. (HECTOR RETAMAL/AFP via Getty Images)

Once a person is diagnosed with COVID-19, the local government detects the patient’s recent close contacts and the places he has recently visited, via China’s ubiquitous surveillance camera system. One internal Chinese government document obtained by The Epoch Times shows that more than a million people nationwide were being closely monitored for their risk of contracting COVID-19 during the month of May.

During lockdowns, people are prevented from leaving their homes. Usually, authorities mandate that only one person per household can go outside every two to three days, and can only spend an hour or two to shop for basic necessities.

Suspected patients are isolated at government-designated quarantine centers, including some that reportedly had unsanitary conditions and a lack of medical care.

In areas with serious outbreaks, such as Wuhan, Suifenhe, Beijing, and Shanghai, authorities created makeshift hospitals with only wall partitions separating one patient from another. Some complained that the hospitals were “like death camps.”

Patients with mild symptoms of the COVID-19 are resting at night in the makeshift hospital set up in a sports stadium in Wuhan, China, on Feb. 18, 2020. (STR/AFP via Getty Images)

A Year of Outbreaks

Despite the containment measures, new clusters continue to emerge throughout China.

Authorities usually require mass nucleic acid testing soon after. During an outbreak in October in the eastern city of Qingdao, authorities claimed that after testing all 11 million residents, they found zero new infections.

International experts and local residents view such glowing accounts with skepticism. A day after authorities made that announcement, some residents told The Epoch Times that they hadn’t yet received their test results.

Local governments also continued to cover up the scale of new outbreaks. The Epoch Times has on several occasions obtained internal government data that revealed figures much higher than what had been publicly reported, such as in Beijing, and Shandong, Jilin, and Heilongjiang provinces.

Governments typically shared little information with citizens. In one classified document issued in February, Chinese authorities explicitly stated that epidemic-related documents were to be treated as top secret.

“During the time period of combating the virus, all types of urgent documents, urgent notices, urgent events… internally shared sensitive information, and any information that the [government] leaders haven’t approved to disclose to the public” would be considered state secrets, the document said.

Chinese students hold a memorial for Dr. Li Wenliang, who was the whistleblower of the coronavirus that originated in Wuhan, China, and caused the doctor’s death in that city, outside the UCLA campus in Westwood, Calif., on Feb. 15, 2020. (Mark Ralston/AFP via Getty Images)

The Chinese regime switched tactics around March, as countries around the world were responding to their own outbreaks.

On March 12, a spokesperson for China’s foreign ministry, Zhao Lijian, claimed in a Twitter post that the CCP virus was brought to Wuhan by the U.S. Army. His baseless claim, and other similar accusations by Chinese diplomats, sparked widespread condemnation by Western officials.

The Chinese regime and its media have also been promoting the theory that local COVID-19 outbreaks stemmed from frozen food supply chains. Authorities claim they detected virus strains on imported frozen salmon, shrimp, pork, beef, and other foods from a range of countries, such as Norway, Russia, Indonesia, Brazil, and Germany.

The WHO states that the possibility of infection from contact with food and food packaging is slim. Disease experts also say it’s unlikely the virus can spread through frozen food.

Residents wait to be tested for the COVID-19 in Qingdao, eastern China’s Shandong Province on Oct. 12, 2020. (STR/AFP via Getty Images)

From the beginning, Wuhan authorities silenced whistleblower doctors such as Ai Fen and Li Wenliang, who were first to note on social media that their hospitals were admitting patients with a new, potentially contagious, pneumonia-like disease. They were summoned by police and reprimanded.

Li, who later died of the disease himself, has been described as a martyr.

Fang Bin, Chen Qiushi, and other citizen journalists who documented the Wuhan outbreak, including visits to local hospitals and funeral homes, have gone missing. Fang and Chen’s whereabouts remain unknown.

On Dec. 28, Zhang Zhan was sentenced to four years in prison, becoming the first known citizen journalist to be sentenced for providing first-hand information about the epidemic in China.

Netizens also reported being detained by local police after they posted outbreak-related information on social media.

Internal documents obtained by The Epoch Times showed that propaganda authorities heavily suppressed information about the pandemic that didn’t align with official narratives.

The populace is getting fed up with the way local authorities are handling the situation.

In March, residents under lockdown in Wuhan heckled a group of Chinese officials touring the area, shouting complaints from their apartments, such as, “It’s fake, everything’s fake!”

Recently in the northeastern city of Dalian, college students were barred from leaving campus as the city reported new COVID-19 cases. They complained about the suddenly imposed quarantine.

“I believe if the Dalian government continues to insist on not allowing students to leave, students could become restless. They could even join together to resist,” one student said.