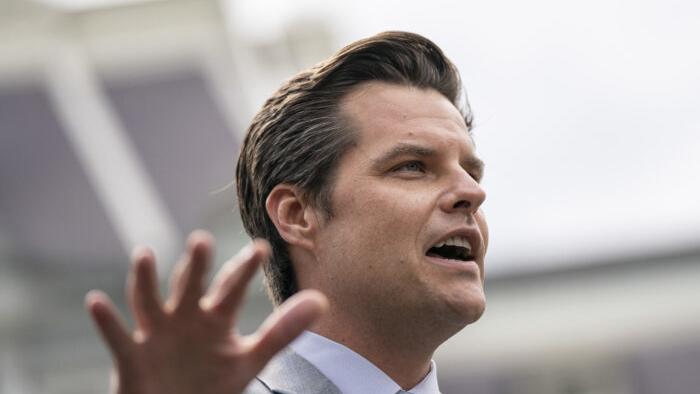 
Authored by Zachary Stieber via The Epoch Times (emphasis ours)

At least 25 Republicans plan on challenging electoral votes during next month’s joint session of Congress, according to a tally by The Epoch Times.

Twenty-four representatives and representatives-elect, who will enter office several days before the session, plan on filing objections. Sen. Josh Hawley (R-Mo.) is the only member or member-elect of the upper chamber to commit to an objection.

“You’ve got 74 million Americans who feel disenfranchised, who feel like their vote doesn’t matter. And this is the one opportunity that I have as a United States senator, this process right here, my one opportunity to stand up and say something, and that’s exactly what I’m going to do,” Hawley said on Wednesday.

Objections are filed in writing and must have support from at least one member of each chamber. If they do, they trigger a two-hour debate and a vote by the House of Representatives and the Senate. A simple majority in each chamber is required to uphold the challenge.

Rep. Mo Brooks (R-Ala.) was the first to announce plans to file an objection.

“In my judgment, based on what I have seen so far and my own personal experience with voter fraud and election theft by Democrats, in my judgment, if you only could count lawfully cast votes by American citizens, Donald Trump won the Electoral College,” Brooks told The Epoch Times “American Thought Leaders” last month.

A slew of members or members-elect have said this week they’re joining the group plotting the objections.

“If irregularities exist, we should examine and provide solutions to make sure our electoral process is accurate and represents the will of the people,” Rep.-elect Burgess Owens (R-Utah) told news outlets in a statement. “Millions of Americans across this country are concerned about the electoral process and we do them a great disservice by merely ignoring their voices.”

Virtually all Democrats have said they will not object, and have criticized those who plan to challenge votes.  Democratic presidential candidate Joe Biden’s spokeswoman told reporters on Wednesday that the team views the counting of electoral votes as a mere formality, while House Speaker Nancy Pelosi (D-Calif.) expressed confidence Biden would be confirmed as president-elect.

Here are the lawmakers planning on challenging votes:

Kicking things up a notch is Rep. Adam Kinzinger (R-IL), who told “The Bulwark Podcast” that there could be “upwards of 100” Republican lawmakers who object to Biden’s Electoral College votes.

Via Jack Phillips from Epoch:

“I think you’re going to have some people that come out and take a strong stand,” he said, adding that “I’m not going to be surprised if it approaches three figures.”

In the podcast interview, Kinzinger said that he does not support the initiative to object to the votes led by Rep. Mo Brooks (R-Ala.). Sen. Josh Hawley (R-Mo.) on Wednesday said he would join their challenge, becoming the first senator to do so.

The bid requires both a senator and a representative to carry out. An objection to any state by a representative and a senator will prompt up to two hours of debate in the Senate and House on whether to accept a state’s Electoral College votes; it means that if the lawmakers object to more than one state, the procedure could last for hours.

Some GOP senators said that their challenge would fail.

“Senator Hawley has every right to object,” Sen. Lindsey Graham (R-S.C.) told Fox News on Thursday. “But it’s another thing to overturn an election of another state.”

“If dead people were voting, I want the names,” Graham added. “If you’re going to retry the case in the Senate that’s already been tried in the federal courts it would be hard for me to basically take over the federal courts’ role. But I will listen and we’ll see how it comes out.”