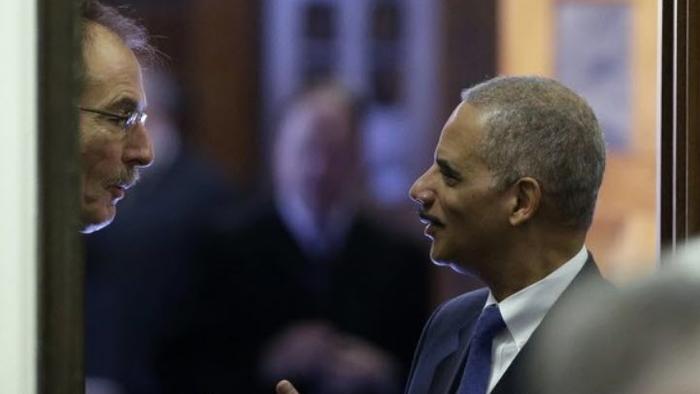 President Donald Trump has been criticized by Democrats and Republicans alike for his recent spate of pardons, including corrupt ex-congressmen and the father of Jared Kushner. I was one of those who immediately criticized those pardons as manifestly unjustified and inimical to our legal system. However, none of that makes the comments of senior U.S. District Judge Robert Pratt of the Southern District of Iowa any less troubling. Judge Pratt gave an interview slamming the pardons in a departure from judicial ethics rules barring jurists from engaging in such political commentary.

I have previously criticized Judge Emmet Sullivan for using his courtroom to air grievances against President Trump. Pratt however dispensed with any pretense of judicial function in airing his grievances over the pardons. He told the Associated Press that:

“It’s not surprising that a criminal like Trump pardons other criminals. But apparently to get a pardon, one has to be either a Republican, a convicted child murderer or a turkey.”

Pratt was discussing pardons that included former Ron Paul campaign chairman Jesse Benton and campaign manager John Tate, who were convicted at trial of concealing $73,000 in payments that went to a state senator.  Again, my concern with the comments is not the merits but the messenger.

Pratt was appointed by President Bill Clinton in 1997 and remains an active judge on a reduced docket as a senior status judge.

As such, he remains subject to the Code of Judicial Ethics.

State judges have been sanctioned for yielding to such temptations to vent their opposition or criticism to Trump.  Federal judges however have engaged in such public commentary without sanctions.

Pratt’s comments raise serious questions under three of the most basic canons of judicial ethics barring judges from engaging in political activities and positions:

CANON 1
A judge shall uphold and promote the independence, integrity, and impartiality of the judiciary, and shall avoid impropriety and the appearance of impropriety.

CANON 3
A judge shall conduct the judge’s personal and extrajudicial activities to minimize the risk of conflict with the obligations of judicial office.

CANON 4
A judge or candidate for judicial office shall not engage in political or campaign activity that is inconsistent with the independence, integrity, or impartiality of the judiciary.

Calling the President of the United States a criminal and denouncing pardons would seem overtly engaging in a political commentary or activity.  It is a troubling dismissal of the long-standing avoidance of such commentary by judges to preserve judicial impartiality.

Making it worse is the fact that Pratt was involved in Sorenson’s case.  He sentenced him to 15 months in prison in 2017 – a surprising departure from the recommended probation of the prosecutors due to Sorenson’s guilty plea and cooperation.  Indeed, Sorenson helped convict Benton, Tate and former Paul deputy campaign manager Dimitri Kesari. His sentencing was troubling for many of us in the defense bar because the recommendation for probation was consistent with past cooperation cases. Pratt’s sentence was not.  Nevertheless, the sentence was within his discretion.

A federal judge has every right to sentence defendants harshly for conduct that they believe warrant added punishment. However, that should be the full extent of their role. They are not grand inquisitors who continue to hound or condemn defendants. They are certainly not appropriate figures to denounce such individuals if they secure commutations or pardons. This is not a personal vendetta and judges should not be seen as wiping up public sentiments against previously sentenced defendants.  Even once a judge leaves the bench, I would argue for continued reticence in making such public comments. However, Pratt has not left the bench. He is still hearing cases while engaging in political commentary.

Much like Judge Sullivan’s use of his final order to condemn former National Security Adviser Michael Flynn, this is a gratuitous and injudicious act. Indeed, Pratt is more troubling than Sullivan’s as commentary outside of the courtroom.  Republicans and even Trump associates could well come before Pratt in future cases — facing a jurist who gives public interviews to denounce Trump as a criminal.

Not surprisingly, there has been little beyond praise for Pratt. Call it another example of Trumpunity in our age of rage and hypocrisy. Legal ethicists and experts stretched ethical rules to the breaking point to support actions against Republican lawyers for filing election challenges. Yet, they are again conspicuously silent on these controversy.  Indeed, many Democrats recently denounced public comments by Justice Samuel Alito but have no criticism of Pratt or liberal jurists like the late Justice Ruth Bader Ginsburg in far more serious public comments.

What Pratt said publicly was wrong. It undermines not just his credibility but that of his court and his other colleagues.