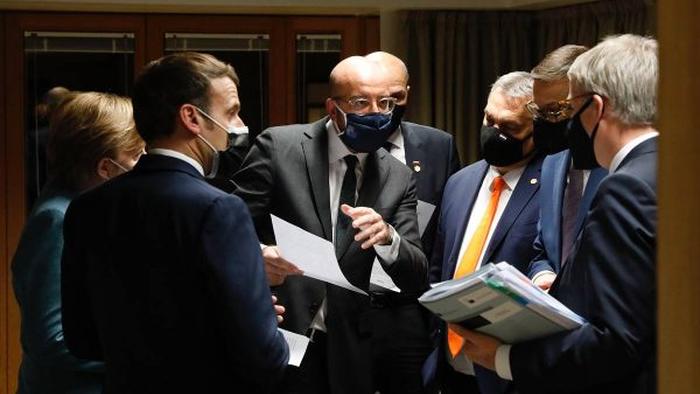 The year 2020 has seen signification changes and further centralization of power in the European Union. There appear to be three major causes for this:

Without Britain and Germany, the camp opposed to more EU spending was reduced to the “Frugal Four” that are Austria, Denmark, the Netherlands, and Sweden, a coalition of smaller nations who lack the clout to block the ambitions of the Franco-German directorate. British withdrawal has deprived the EU of its second-biggest net financial contributor (some €10 billion annually) and of one of its biggest and most dynamic economics, but ultimately the Union has gained in cohesion.

Since the Second World War, the pace of European integration has always been set by the Franco-German engine. This remains the case, even as France has become the decidedly weaker partner. French President Emmanuel Macron has consistently pressured for a strengthening of the EU and Chancellor Angela Merkel – whose policies fluctuate according to factors beyond my understanding, presumably a mixture of German domestic politics and “legacy-building” for a politician on the cusp of retirement – has agreed.

The EU’s response to the coronavirus crisis, while uneven, has been decidedly more proactive and ambitious than during the financial-economic crisis that started in 2007. The European Central Bank (ECB), a de facto sovereign federal entity, has under Christine Lagarde launched a lending stimulus program worth a whopping €1,850 billion ($2,270 billion or 15.5% of eurozone GDP). This measure has allowed national governments, particularly in southern Europe, to continue borrowing from financial markets and escape (critics would say postpone) debilitating bankruptcy.

Meanwhile, Germany has abandoned its decades-strong “red lines” opposing borrowing by the Union on financial markets. Berlin has agreed to an EU stimulus plan worth €750 billion to support economies devastated by the coronavirus crisis, particularly Italy and Spain. Significantly, €390 billion of this money will be in the form of grants, basically transfers, rather than mere re-lending to national governments. All the Frugal Four achieved in return was a negligible decrease of the regular EU budget (still worth around 1% of GDP).

Admittedly, thanks to the ECB’s action, national governments could already borrow at their leisure on financial markets. What’s more, the €750-billion plan will be spent over three years, amounting to annual stimulus of a mere 1.5% of GDP. This suggests the vast difference in agency between a de facto federal sovereign like the ECB (which can take action when a simple majority of its independent Governing Council agrees) as against the summits of national governments, each with their veto and sensitive electorate. Still, the new EU stimulus plan amounts to an unprecedented and instantaneous 150% increase in the EU budget for three years, no mean feat.

The new EU borrowing-stimulus plan is particularly significant for the following reasons:

The latter was the sticking point which led Hungary and Poland to threaten to veto both the regular EU budget for 2021-2027 and the creation of the new stimulus fund. Indeed, the European Parliament has demanded a “rule of law” mechanism to punish Hungary and Poland for their national-populist governments. The mood is suggested by Brussels’ recent decision to deprive several Polish cities of funds because of their creation of “anti-LGBT-ideology zones” (essentially declarations in favor of traditional marriage and pledges to not fund NGOs promoting homosexuality or transgenderism).

The Hungarian and Polish governments strike a balance between appealing to their national electorates’ conservative instincts, whether out of political opportunism or sincere belief, and attracting the ire of Brussels. Up to now, depriving a whole nation of EU funds could only occur with the unanimous support of all 26 other national governments. Naturally, Budapest and Warsaw could count on each other to veto any such proposal (occasionally joined by other central-eastern European allies, most recently Ljubljana).

Unlike their predecessors Charles de Gaulle in the 1960s and Margaret Thatcher in the 1980s – whose countries were net contributors to the European budget – Hungary’s Viktor Orbán and Poland’s Mateusz Morawiecki were in no position to gridlock the Union as EU net financial transfers to their countries amount to between 2.5 and 4.5% of GDP (mostly going to farmers and local governments). Now, a supermajority of national governments representing 65% of the population and 55% of states may move to deprive a country of EU funding.

Orbán and Morawiecki did secure a significant concession however. Legally, cutting funding may only occur for instances of misuse of EU funds and not for general enforcement of “EU values.” In principle, the EU Parliament will not be able to economically blackmail Hungary and Poland simply because their governments do not promote homosexuality or accept migrants to the desired extent.

What’s more, the deprivation can only occur with a concurrent ruling of the European Court of Justice (ECJ). Admittedly, the ECJ, like other Western courts, has been known for plenty of legal creativity over the years. Nonetheless, given that the ECJ is made up of 27 equal independent judges, one from each member state including 11 central-eastern Europeans, this makes it less likely national-populist governments will be punished for ideological reasons as against legitimate accounting ones. (There appears to be significant corruption in Hungary, though this is difficult to gauge because the issue is systematically exaggerated by Orbán’s liberal opponents for political reasons.)

All these developments give some indication of the character of the emerging European Superstate, which creeps along imperceptibly year after year, though ultimately forms something substantial: as of today, a sovereign and influential market regulator and an effective trade bloc (as the British have learned), able to bring into its orbit much of its near abroad (notably in central-eastern Europe).

The French expression la construction européenne is perhaps the most appropriate: we witness especially the steady accumulation of norms and structures, the acquis, and the occasional creation of de facto federal actors (the ECB, the Commission’s Competition authorities, regulatory agencies for financial markets, medicines, or foods . . .).

As times goes on, the north-west European core of the EU looks likely to increasingly have the means to impose its norms on the southern and eastern periphery. Patriots in central-eastern Europe had better hope Western Europe takes an identitarian turn or they may have to choose between their wallets and their values.