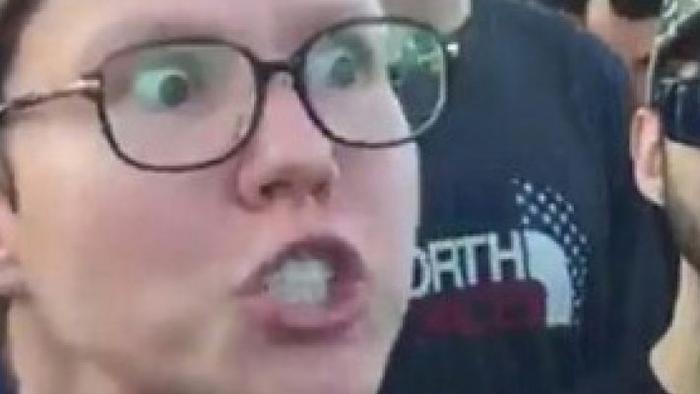 Here are the five most biased courses of 2020.

More than 800 Vanderbilt students were asked on a class assignment if the U.S. Constitution was “designed to perpetuate white supremacy.”

The “correct” answer to the question was “true.”

Tulane University in New Orleans is offering course in spring 2021, entitled “Feminism after Trumplandia,” will look at President Donald Trump’s actions while in office, including the “defunding of Planned Parenthood,” the “Muslim ban,” “assault on pro-choice legislation,” rescinding “protections for transgender students,” and Trump’s “history of sexual assault” as “unprecedented dystopia for women.”

Despite the description, the professor teaching the course vows it will not be partisan.

“It is more about the movement of feminism from 1950 onward and trying to chart how it has changed under the Trump administration,” she said.

An urban studies class at Queens College made students write about three alleged “thefts” that made President Donald Trump wealthy.

According to the Jacobin article upon which the project was based, Trump’s thefts included “wage theft from the workers who build and maintain his projects; tax theft from the state that enables him; and land theft from the common spaces he encloses.”

The University of Pittsburgh released materials for its first-year, mandatory anti-black racism course. The inaugural semester of “Anti-Black Racism: History, Ideology, and Resistance” was required for all freshmen, who were automatically enrolled in the course.

The first week of the course introduced students to “critical theories on race and anti-blackness in everyday life.” Multiple weeks of the course discuss Black Lives Matter and its influence as a “contemporary black liberation” movement.

“I’m glad to say I now have a Ph.D. in racism,” one student told Campus Reform.

A Brooklyn College professor threatened to remove any student from “Fundamental Concepts in LGBTQ Studies” if he or she misgenders another individual; after Campus Reform contacted the university for comment, the professor was instructed to remove the threat.

“My name is B. Call me B,” wrote the professor in the course’s syllabus. “I am nonbinary, transfeminine…I adhere to a strict policy of respect for the gender, sexual, and racial identities of my students. Intentional misgendering, as with any attempt to slur another student’s personal integrity on the basis of race, ethnicity, or religion, will result in immediate dismissal from class for that session. Continued abuses will result in disciplinary action with the appropriate administrators.”

The syllabus listed several LGBTQ-related reading assignments, including “Is the Rectum a Grave?” and “How to Bring Your Kids Up Gay.”