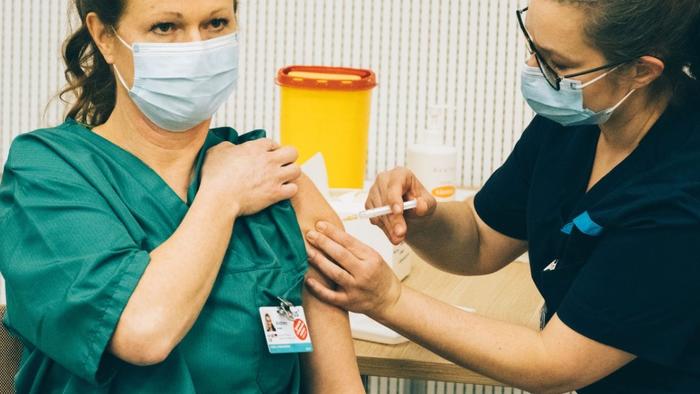 As we emerge from the post-holiday weekend in the west, the biggest COVID-19 related news over the past few days has focused mostly on burgeoning fears of the “variant” COVID-19 strain known as B.1.1.7, which is the mutated strain first isolated in the UK believed to be 70% more infectious (according to “official” UK government estimates, which we should probably point out is based on a surprising dearth of research).

Finland became the latest Scandinavian country to confirm a case of the “mutated” COVID, as a Finnish traveler who had recently returned from a UK holiday (before the Finns halted all air travel with Britain last week). Health officials said Monday the Finnish citizen was diagnosed in the southeast Kymenlaakso region over the weekend, and that his family members have been isolated Authorities believed they have “contained” the outbreak.

Russia on Monday morning became the latest power to extend its travel halt involving flights to and from the UK through Jan. 12, while Turkish President Recep Tayyip Erdogan announced that he would receive the first dose of a Chinese vaccine on Thursday.

While the US remains a critical holdout, refusing to curtail travel with the UK, the number of people screened at US airports hit 1.28MM on Sunday, the highest number since mid-March.

Stories about adverse allergic reactions to COVID vaccines (many have been tied to certain ingredients of the vaccine) have multiplied, but authorities have continued to reassure the public that examples of adverse reactions are uncommon. In Russia, authorities have begun on Monday to vaccinate those who are 60 years old and older, a sign that hard-hit Russia is moving quickly to vaccinate the most vulnerable.

As we noted last night, AstraZeneca’s CEO is the latest to reassure the press that the company’s vaccine will work against the mutated strains from the UK, South Africa etc.

COVID cases are nearing 81MM globally, while nearly 1.766MM have died, according to the count from Johns Hopkins. With 19.14MM cases, the US appears to be on the cusp of becoming the first country to top 20MM confirmed cases.

Some of the biggest COVID-19-related news from over the weekend concerns Dr. Anthony Fauci. With the good doctor expected to stay on under Biden, the MSM just before the holiday called him out over the steady upward trajectory of his “herd immunity” estimates (for what it’s worth, Wall Street is already pegging the herd immunity rate in the US at around 30%). Recently, they’ve moved as high as 90%, around the level of immunity believed required to stave off the spread of measles (for what it’s worth, CNBC says Dr. Fauci told them last week he expects ‘herd immunity ‘ to be around 75%-80%).

However, the good doctor has just recently acknowledged that the steady inflation in his numbers was part of a deliberate strategy of what some might describe as “noble lies” to ensure the public would be ready to hear the doctor’s message about how vaccinations are critical, even as many continue to have reservations, and the number of confirmed adverse reactions in the US tops 5K.

While Dr. Fauci doubles down on the hysteria, it’s difficult to tell how the US outbreak is going as states have several states have offered “incomplete” data over the past week, according to the COVID tracking project.

Holidays have typically coincided with a dip in new cases.

Still, for the past week or so, Dr. Fauci has been insisting that the US could see another surge in cases over the coming months as we enter the heart of what was (before this year) known as the heart of flu season. Over the weekend, he warned that the coming months could see COVID cases, hospitalizations and deaths potentially surge as already-overwhelmed medical systems are hammered by another wave of critically ill patients.

As markets appear undaunted by this warning, CNBC on Monday morning invited on another doctor “expert” to expand on Dr. Fauci’s warning: “no question we are going to see another surge in January…and hospitals are going to be facing that when they’re already full.”

Former FDA Chief Scott Gottlieb told CBS during a Sunday interview on “Face the Nation” that “we have a grim month ahead of us” after a recent increase in cases, with hospitalizations rising on a lag of a few weeks.

On the vaccine front, as the number of confirmed vaccinations (according to CDC and Bloomberg data) tops 4.4MM, the number in the US is nearing 2MM. We should probably note that these numbers likely exclude millions who were vaccinated on an “emergency basis” in China. The US is allocating 5.1MM doses of Pfizer and BioNTech’s vaccine and 6MM doses of Moderna’s shot for distribution this week (and keep in mind, each individual needs two shots).

Here’s some more COVID news from Monday morning and overnight:

Thailand reported its first coronavirus death in almost two months as a resurgence in the outbreak tied to migrant laborers in a seaside province near the capital continued to infect more people. A 45-year-old man in Rayong province, who tested positive for Covid-19 and had pre-existing heart conditions, died on Monday, according to Deputy Health Minister Satit Pitutecha (Source: Bloomberg).

Travelers arriving in Norway can leave quarantine after seven days at the earliest if they test negative for Covid-19 twice after arrival, Health and Care Services Ministry says in a statement on the government’s website. The first test must be taken within three days of arrival and the second no earlier than seven days after arrival (Source: Bloomberg).

Indonesia has decided to impose a temporary ban on all foreigners from visiting the country on concern over the spread of a new variant of the virus. The restriction will apply from Jan. 1 to 14, with exceptions given to official visits by those holding ministerial-level positions or higher, said Foreign Minister Retno Marsudi in a Monday briefing (Source: Bloomberg).

Former transport minister Yuichiro Hata was confirmed to have died from the new coronavirus, his political party said Monday, making him the first sitting member of Japan’s parliament to fall victim to COVID-19 (Source: Nikkei).

Beijing has tightened COVID-19 curbs over concerns that China’s mass travel during the holiday period could cause cases to spike in the capital, as it reported locally transmitted cases for a fourth straight day on Sunday (Source: Nikkei).

UK will approve the Oxford-AstraZeneca coronavirus vaccine in the coming days, with the number of people being inoculated expected to increase significantly from the first week of January (Source: FT).

To sum up: the UK’s announcement about a new, super-infectious mutated version of the virus has continued to create problems for the British as more than 30 nations have cut off travel amid a wave of new “firsts” over the weekend, which, as the Finland news suggests, will likely continue on Monday. We wonder, which European nation will be the next to confirm cases of the new “mutant” strain.