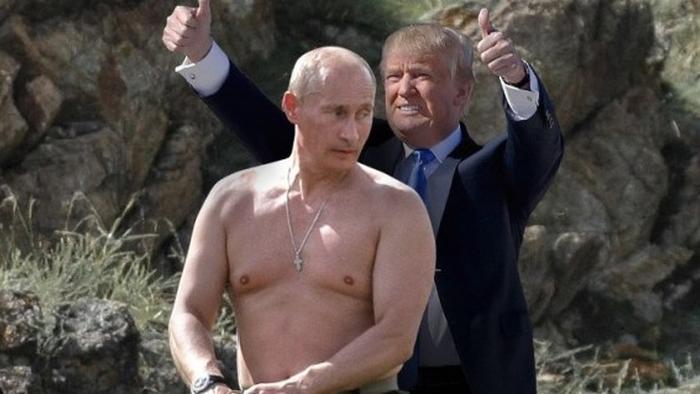 Now that a majority of the country believes the election was fraudulent and the Supreme Court has completely abdicated its authority the next obstacle in front of President Trump is here.

And, as always, it comes from his complicit Secretary of State who undermines Trump with his every move to turn the State, Defense and Intelligence apparatuses of the U.S. against Russia.

Pompeo goes on Mark Levin’s show, whose ratings are through the roof right now, to tell all the slavering normie-conservatives that it was definitely the Russians who hacked our government.

Without offering any evidence or specifics, Pompeo said Russia was “pretty clearly” behind the cyberattack during an appearance on the conservative talk radio Mark Levin Show.

“I can’t say much more, as we’re still unpacking precisely what it is, and I’m sure some of it will remain classified. But suffice it to say there was a significant effort to use a piece of third-party software to essentially embed code inside of US government systems and it now appears systems of private companies and companies and governments across the world as well,” Pompeo explained.

Notice how there is no evidence given, just the typical intelligence agency, “believe me” line, which is your first clue that whoever it was behind this attack the one group who was definitely NOT behind it was the Russians.

This week’s cyber attack on the U.S. government was perfectly timed with the Electoral College submitting its votes to the Congress and Joe Biden claiming he’s president-elect.

The reason why the release of this ‘attack’ on our government was perfectly timed is because it is a distraction from the growing unrest over the Democrats’ having stolen the election and cowering the courts into irrelevance.

This is classic CIA-level misdirection from what was more likely a Chinese or, dare I say it, homegrown operation for the very purpose of blaming the Russians to tamp down the anger and confuse the MAGA crowd.

And it resurrects the ghost of RussiaGate for the libs by putting Trump in a Catch-22.

Oh, and he has to respond to this while also fighting an uphill battle against the courts and his own bureaucracy to invoke his executive order involving outside interference into the election. And in classic Trump fashion he did:

The Cyber Hack is far greater in the Fake News Media than in actuality. I have been fully briefed and everything is well under control. Russia, Russia, Russia is the priority chant when anything happens because Lamestream is, for mostly financial reasons, petrified of….

Provoking the exact reaction you’d expect from the BlueChecked Sneetches among the Twitterati. RussiaGate was an embarrassment that should have died years ago but it persists precisely because Trump refuses to formally concede and continues to give his people the opportunity to fight the Swamp.

The only way Putin and the Russians were behind this attack on the U.S. government was as a 5-d chess move where Trump invited them to do it on his behalf to ‘prove’ external interference in the election and allow Trump to cross the Rubicon, invoke the Insurrection Act and his 2018 EO on election interference.

Yeah, by the way, John Le Carre died this week, life ain’t a movie and Trump isn’t that savvy a player. Ye gods, I wish he was. That we are in this mess proves he isn’t.

This pronouncement by Pompeo was just good ol’ fashioned swamp double talk who continues his job of maintaining continuity of U.S. foreign policy on behalf of the Neoconservatives whose raison d’etre is the destruction of Russia to the exclusion of nearly every other consideration of any other human on the planet.

Don’t be confused by this nonsense. Whoever was behind this attack wasn’t the Russians. The motive for this operation lies squarely with China, The Davos Crowd, the Democrats and our own intelligence agencies trying to move the Overton Window away from the real problem, a stolen election.

Outing Solarwinds and tying it directly to Dominion Voting Systems is your smoking gun.

But the courts, as I said at the open, have left the building. Martin Armstrong pointed out the Supreme Court denied the ‘shouting behind closed doors’ because they met via Zoom call.

But they didn’t deny the substance of the charge against them, that they bowed to political pressure thanks to the Democrats’ open blackmail campaign of terror this past summer.

So, at this point there really is little hope of overturning the election. From what I’ve heard on the ground in Georgia the same Dominion Voting machines are in place there for the Senate runoffs. Those who voted didn’t even get a receipt this time.

So the fix is in there too, folks.

There will be no victories in this fight. Every possible avenue of hope must be crushed if the Great Reset of The Davos Crowd is to occur.  Pompeo plays his part just like everyone else in this pantomime, one day giving Trump supporters hope by saying he’s preparing for a 2nd term, the next using that cache to undermine him with a far bigger betrayal.

This is how the Deep State works to protect itself and we have to be smart enough to see it for what it is: preparing the ground for the next phase of the greatest intelligence show on earth.