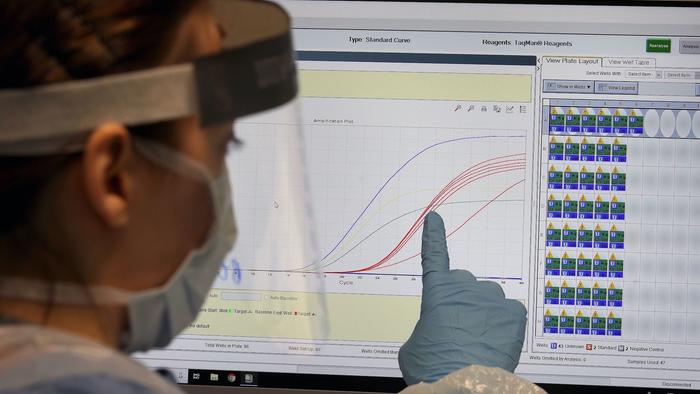 
Authored by Rob Sutton via TheCritic.co.uk,

By seeking answers to scientific questions no-one had asked, we find ourselves assigning importance to discoveries which may have none…

In justifying the move to a new national lockdown, the leaders of the UK briefly enjoyed the political fortune of a headline-grabbing finding: a new strain of Covid-19, possibly more virulent than the old.

This strain, despite the paucity of scientific data, has been described as “up to 70 per cent more transmissible than the old variant,” and it is this figure which has gripped the media and policymakers. The tendency towards catastrophism is palpable.

Yet this new strain, VUI-202012/01, quickly transcended its role within national politics as the justification for introducing Tier 4 lockdowns. The fear of a new, super-transmissible mutant strain has spread to other nations, who are similarly eager to display the sort of knee-jerk reactionary interventions being generously described as “decisive leadership.” Over 30 countries have banned entry by UK citizens over fears of the new strain, with chaotic scenes at Dover exacerbating already tetchy Brexit negotiations.

Never mind that the Department of Health committee whose recommendations regarding the new strain expressed considerable uncertainty about the transmissibility and dangers posed. At present, the precautionary principle completely dominates decision making in Westminster and the devolved assemblies. “Better safe than sorry,” we hear, as further lockdowns are announced without the slightest hint of legislative oversight.

How has this happened so quickly? It seems that hardly had news of a mutant strain of Covid-19 broken that we were promptly shepherded into Tier 4 and became a global pariah. To understand how this panic has developed, we need to understand the nature of diagnostic medicine, its relationship to the scientific method, and how both might be abused for political ends.

In Britain, we have one of the most advanced scientific, medical and technological infrastructures in the world. This infrastructure was greatly expanded during the early months of the pandemic, with Covid-19 diagnostic testing capacity rapidly increased. The reasons for this increase were largely political. By pushing to achieve 100,000 tests per day, the government hoped it might reassure an anxious public.

Under normal circumstances, medical tests are generally not used with such political goals in mind. They form part of a process of hypothesis testing and Bayesian reasoning to guide the rational medical management of patients with diagnostic uncertainty. We begin by forming a question, choosing a test to answer that question, and applying that test, bearing in mind the limits of diagnostic certainty for a given investigation.

The key here is that a diagnostic test is used to answer a specific question. We do not, as a matter of both economic feasibility and ethical restraint, apply scattergun testing to vast swathes of the population without a good reason. In populations at risk of a disease but otherwise asymptomatic, we might use screening to identify disease in an early stage and to improve treatment outcomes. But never before have we attempted to apply such intensive “screening” for such a poorly understood disease to guide such far reaching policies as the infringements of civil liberties we are currently seeing.

At present, national testing programmes are being used as political vehicles to justify pre-determined policy prescriptions, instead of as scientific instruments to answer well-formulated diagnostic questions. Those policy makers who saw testing infrastructure as a way to tally-up some quick political points have instead scored something of an own goal, subjecting us to a torrent of data which, instead of reassuring us, only serves to give us more questions. The perversion of the scientific method doesn’t get much worse than this.

As an anxious patient who is subject to a battery of tests will only become more anxious as incidental findings lead to further follow-up questions, so too do our policymakers find themselves with more problems than answers through the indiscriminate application of the full arsenal of testing methods at the disposal of the British state. And these problems have a habit of producing even more problems through a cycle of positive feedback.

Since the early days of the pandemic, the UK’s testing capacity has been aggressively expanded. The original target of 100,000 tests per day was no sooner reached than it was replaced by a new target of 200,000 tests per day. The political thinking here is obvious: a big number ought to reassure the public. But this is extraordinarily myopic.

More intensive testing leads to new justifications for even more intensive testing. The cycle is as follows: we start with a moderate testing capacity which is primarily used to detect cases among the sickest and most vulnerable patients, in order to guide further treatment. Concerns are raised by those not able to access testing for themselves. The government pledges to expand testing beyond its initial scope, and broadens the eligibility criteria to include doctors, nurses, care home workers and others.

We start to include more and more asymptomatic carriers for whom a positive case has an essentially negligible risk of serious harm. Yet the number which captures the public’s attention is the absolute number of positive cases. With a vastly increased number of tests, we get a vastly increased number of positive cases. And the government, seeing a situation running away from it and desperate to regain control by those limited means available to it, promises to further increase testing capacity. The cycle continues.

More tests will naturally lead to more cases, particularly if those tests are used indiscriminately and with no real strategy in mind. The problem compounds when we consider the increase in the absolute number of false positives. The growth in false positives is linear with increase in number of tests, but the negative consequences for society spread out as a highly non-linear network, with isolation of contacts of (falsely) positive cases having expansive and synergistic negative consequences for broader society. But even without this, and assuming that all our positive results are true positives, by using testing as a form of mass-surveillance we have set ourselves up for a never-ending cycle of lockdowns.

The same logic applies to the genetic testing which has unearthed this “new” strain, although we may yet find that it has been in circulation globally for a long time. By testing more, without knowing what we are testing for, we will find things which, from a political perspective, necessitate further intervention.

The corpus of data which can be poured over to find new justifications for ongoing restrictions continues to grow. With the added dimension of genomic studies, the potential for the noise to smother the signal grows, particularly at a time when there is strong public and political demand for a coherent narrative. There will always exist some metric sufficiently intimidating that it might be used to justify a new lockdown. Yet we keep searching without really knowing what we are searching for or why we are doing it.

There is essentially no logic upper limit to how intensively we can test and how many different techniques we can apply to elucidate Covid-19 and its various strains. Some strains will inevitably be more virulent, and will, by definition, have a greater tendency to spread. This is not, in itself, a cause for alarm; it is simply Darwinism on a microscopic scale. And whether these findings matter from a policymaking perspective is an altogether different question.

The scientific method begins with a question and sets out to find an answer. If we decide to seek answers without questions, then we end up with data which must be interpreted and given significance post hoc, regardless of whether that significance really exists. Positive feedback cycles are difficult to escape from. The various governments of the UK and its devolved legislatures urgently need to rationalise the use of testing and clearly justify the introduction of any new investigative methods. Otherwise, we will be trapped by a political crisis of our own making.