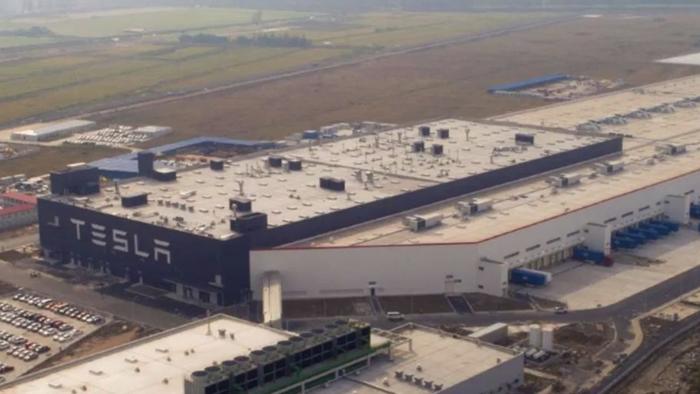 
What could the consequences be if the love affair between China and Tesla begins to fade? That is a question U.S. investors may have to start asking themselves.

Weeks ago, we wrote about how China was forcing a recall of Tesla Model S and Model X vehicles, indicating the first “bump in the road” between the company and the Chinese state. Then, on Christmas, Chinese company Pingwest released what can only be called a brutal expose about quality control and working conditions at Tesla’s Shanghai factory.

The article was titled “Giga-Sweatshop Meets Corporate Overlords: an Exclusive Look Into How Tesla China Runs its Shanghai Gigafactory 3”. Has a nice ring to it, doesn’t it?

The piece lays out how quickly Tesla was able to set up shop and begin producing in China, and the resultant effect on the company’s stock price; noting it is up “six fold” in 2020.

But then the piece begins to question the price paid for such blindingly quick efficiency. “The behind-the-scene stories inside the non-stop Shanghai Gigafactory have been much darker than the seemingly bright, miraculous outside,” the piece says.

The first claim directly relates to China’s decision to recall certain Tesla models and quality control. The piece quotes former and current employees as saying: “Tesla is doing whatever it can to hit the production goal, including lowering its quality standards.”

The article claims that Tesla tried to avoid a recall on defective ball knobs on Model S vehicles:

In one such case, some Tesla Model S vehicles sold in China were found to have defective ball knobs that could protrude their places in extreme cases and severely affect the control of the vehicle.

Sources said internal data referenced by Xue Juncheng, the head of Tesla China’s after-sales department, confirmed that there were at last 100 cases of the same ball knob issue.

In light of the concern, Xue told employees at a weekly meeting: “we’re not going to recall. Instead, we can change them secretly when we found such problems in vehicles brought in for service.”

Automotive veterans interviewed said that the ball knob could indeed wear out depending on usage. They added, however, that 100 cases is not a small number.

A Tesla employee at Xue’s meeting told PingWest that such issues first emerged in 2017, and Tesla did whatever was necessary to avoid and defer a recall to save on cost.

The company is also accused of lowering its quality control standards to make it easier to get cars out. “Let’s say, in the past, our vehicles need 80 points in order to leave the factory, now it’s only 60,” one employee said.

Additionally, quality concerns aren’t taken seriously at the plant, which “hurts the confidence” of the workers and can lead to defective products. The piece cited one example:

In one instance, a worker at another post saw the window of a Model 3 that just came down the assembly line was open and immediately notified assembly line coworkers on his radio. After 15 minutes, no one came to close that window.

The piece continues, moving on from QC to talk about the grueling pace the factory works at. How does Tesla churn out so many vehicles so quickly in China?

“PingWest has found that the insanely high production volume has not been the direct result of the technological advancement that Tesla is known for, but rather the same old high-intensity manual labor that still plagues many industries inside China,” the article says.

So much for the alien dreadnaught.

Many workers who signed up to work for Tesla with a “vision” have already “had enough” of the company’s “increasingly harsh working conditions”, the report says. “Many workers were also disappointed by the low-tech reality at their posts that was drastically different from Tesla’s high-tech promotional videos,” it continued.

One worker at the factory’s sewage treatment post said: “The amount of sewage treatment when they ground broke the factory is completely different from what we have now.” He was told by a supervisor one night: “We are outputting 3 times the amount of normal sewage today. Handling that would be your own problem. I expect the sewage discharge to meet the environmental standards.”

The operator shared that, unlike his past job, there is no positive reinforcement and no food for those who choose to work late:

Tesla’s Shanghai factory doesn’t have dumplings. It doesn’t even have snacks made available to workers. There was, however, extra boxed meals for employees who work shifts after 8:30PM, which soon downgraded to instant noodle, and eventually packaged bread that was easy to store. Many of whom used to the cuisines worldwide while working for other foreign-owned factories found themselves suffering from gastro reflux caused by chain-eating instant noodle, and their requests for more staple food such as steam bread declined, and even receiving expired packaged bread.

“To be fair, we’re not seen as human. We are laborers tools. We are nothing but mechanical arms that walk, eat, and go to the bathroom,” he said. He also said that benefits are shrinking, which has caused many workers to quit. Promises of high base wage and allowances made by the company were “not kept” and rumors of cancelling overtime allowance also caused many to quit.

“If you can do it, then do it. If you can’t, just leave,” workers are told at the plant about their long hours.

The Only Thing Workers Cling To Is Tesla Stock

Workers told PingWest that “the only thing that keeps them happy is Tesla’s stock”. The report said that “the most relaxing time is into the night, when U.S. stock markets start trading, as they pull out the stocks trading apps on their phones during their minimal breaks and watch the line goes higher and higher.”

In May 2020, Tesla canceled stock options for lower ranking employees, but employees from before then have various amounts of stock, usually on a one year lock up period.

To us, it once again seems like a house of cards built on the reliance of Tesla’s stock price continually moving higher. And we can’t help but ask: if morale is this bad now – what will happen when Tesla’s stock finally does head lower?

You can read the entire, full length expose here.