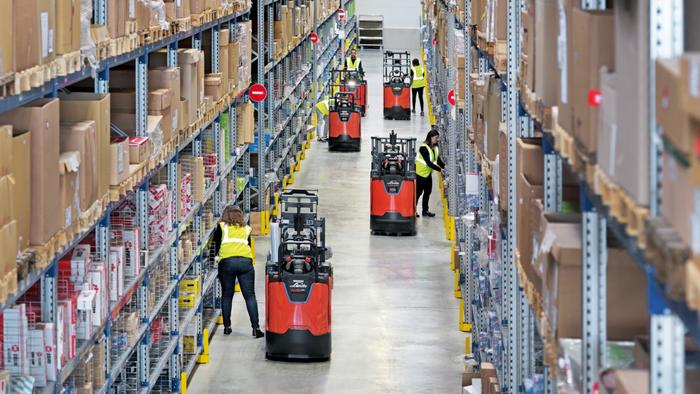 
It’s that time of year when retailers hire hundreds of thousands of seasonal workers. But this year will be much different than before, as the balance of available holiday jobs has shifted from storefront to warehouse and delivery amid a record shift to e-commerce, according to Reuters.

The virus-induced recession has decimated the retail industry, resulting in millions of job losses for retailer workers in the US and Europe. This means competition for available seasonal jobs has become fierce.

Consultancy Challenger, Gray & Christmas, citing data from the Bureau of Labour Statistics, notes the supply of holiday customer-facing retail jobs will plunge by at least one third to 302,100 this year from about 466,400 jobs last November.

Kayla Frederick, 31, who was interviewed by Reuters, said she’s been laid off for most of the year because of the pandemic. She started her first-ever seasonal job in November, pulling orders in a warehouse for a clothing company.

“I never expected to be laid off this long,” Frederick said. “I’m thankful this gave me a job.”

Reuters, citing data from European job sites such as Indeed, Adzuna, Student Jobs, and CV-Library, shows a similar story of a decline in customer-facing seasonal retail jobs available while an increase in warehouse and delivery jobs.

According to Adzuna data, the number of UK available seasonal jobs dropped by one third in November to 13,600.

CV-Library showed the number of customer-facing retail jobs listed in the UK plunged by 60% compared with last year. Similar numbers were reported in other European countries.

Indeed’s UK in-house economist Jack Kennedy said searches for seasonal jobs this year compared to last are up by more than 30% compared to the previous year.

“Jobseekers may be looking at Christmas jobs as a potential temporary lifeline as job losses mount,” Kennedy wrote.

Similar to the US, warehouse and shipping jobs are becoming the new face of seasonal jobs in Europe as shopping transitions online.

“This is likely a window into the new world of retail,” Daniel Zhao, senior economist at Glassdoor, said. “What was done out of necessity during a pandemic is likely to become an annual online shopping tradition for future holidays.”

Glassdoor recorded a 120% year-on-year increase in e-commerce jobs such as delivery drivers, warehouse workers, and order pickers in the US and a 45% rise in the UK.

Spending the holiday season, working for peanuts, inside a warehouse, picking other peoples’ orders doesn’t sound like fun – more or less – life in the Western world is becoming miserable.

But don’t worry, in the coming years, warehouse workers will be replaced by robots pickers.