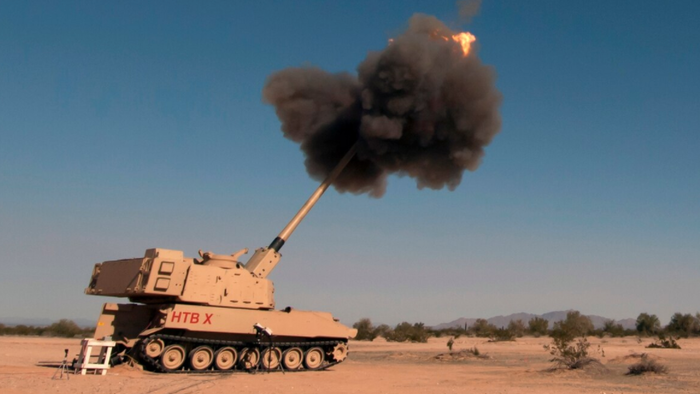 
The Army’s Extended Range Cannon Artillery (ERCA) system hit a target 43 miles away last week, military officials told Defense News, which marks yet another successful demonstration of a powerful cannon that can fire smart projectiles at long-ranges across the modern battlefield.

“I don’t think our adversaries have the ability to hit a target on the nose at 43 miles,” Brig. Gen. John Rafferty, director of the Army’s Long-Range Precision Fires Cross-Functional Team, told Defense News.

Even though it took ERCA three shots to hit the target successfully, the cannon still has to be tweaked before operational use is slated for 2023.

In March, ERCA fired two shots in a demonstration at Yuma Proving Ground, hitting a target 40 miles away.

A long-range artillery system will give the Army an advantage on the modern battlefield, especially in a hot contest with China and Russia.

“If you look at doctrinally how the U.S. military uses long-range fires to shoot and then maneuver … it’s one of the most important capabilities that we have as an entire Department of Defense,” Army Secretary Ryan McCarthy told The Washington Times last year. “If you also look at long-range precision fire capability, it will create the reverse effect for anti-access area denial capabilities that near-peer competitors have heavily invested against. It can reverse the paradigm.”

Earlier this year, we revealed that the Army “accidentally” shared the first images of a new super cannon on social media capable of firing an artillery shell more than 1,000 miles away.

Here’s everything Amazon announced at its fall hardware event | Engadget