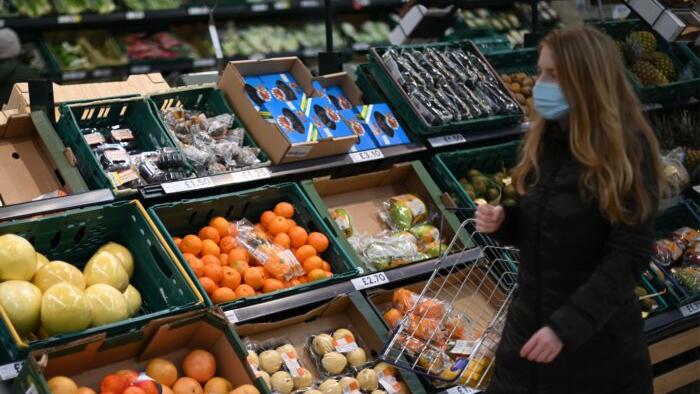 British retailers have urged the government to make an urgent effort to prevent prolonged suspension of cross-Channel transport, which they say would disrupt supplies of fresh produce to UK consumers.

To prevent the spread of a new, more transmissible variant of the CCP (Chinese Communist Party) virus from the UK, the French government suspended all travel from the UK for 48 hours from 11 p.m. on Sunday night (midnight Paris time), including travel linked to goods transport by road, air, sea, or rail.

Sainsbury’s, one of the UK’s biggest supermarkets, urged the UK and French governments to work together to ensure food supplies to the UK market over the Christmas holidays.

It said it had plenty of food items in stock for Christmas, and was also sourcing products in the UK and looking into alternative transport for products sourced from Europe.

However, “if nothing changes, we will start to see gaps over the coming days on lettuce, some salad leaves, cauliflowers, broccoli and citrus fruit—all of which are imported from the Continent at this time of year,” it said in a statement emailed to The Epoch Times.

“We hope the UK and French governments can come to a mutually agreeable solution that prioritises the immediate passage of produce and any other food at the ports.”

UK business groups have also raised concerns to the government.

“While goods can enter from France, few haulage firms will be willing to send trucks and drivers across to the UK without a guarantee they can return to the EU in a timely manner,” Andrew Opie, director of food and sustainability at the BRC, said in a statement.

“This is a key supply route for fresh produce at this time of year: the channel crossings see 10,000 trucks passing daily during peak periods such as in the run-up to Christmas,” he said. “We urge the UK government and the EU to find a pragmatic solution to this as soon as possible, to prevent disruption for consumers.”

The Food and Drink Federation (FDF), the UK’s representative body for the food and beverage manufacturing sector, said that the suspension of traffic could cause serious disruption to UK Christmas fresh food supplies as truckers from continental Europe “will not want to travel here if they have a real fear of getting marooned.”

In a thread on Twitter, Ian Wright, the chief executive of the FDF, urged the UK government to “urgently persuade the French government to exempt accompanied freight from its ban.”

Talking to the BBC on Monday morning, UK Transport Secretary Grant Shapps said he was working with his French counterpart to resolve the blockade.

“The shops are well stocked. So in the short term, the next 48 hours or so, this is not an issue in terms of supply, but we’re very, very keen to get it resolved,” he told BBC Radio 4’s “Today” programme.