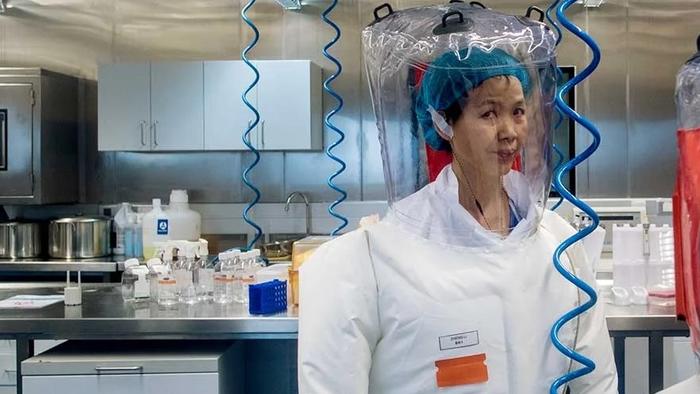 
Top-level scientists and government doctors in the United States suggested that COVID-19 could have originated from human activities, with one asking if it may have been deliberately engineered, according to the Daily Mail.

The emails were obtained via the freedom of information act (FOIA), and detail communications between University of North Carolina epidemiologist Ralph Baric – whose team created chimeric viruses in collaboration with the Wuhan Institute of Virology. Baric has admitted that viruses can be made without any signs of manipulation.

The epidemiologist joined discussions among a group of experts in Government and universities brought together by an official at the US Department of Homeland Security after reports of a strange new respiratory virus killing people in Wuhan.

The chain of correspondence was given the jocular subject tag of Red Dawn. On February 10 – the day one official wrote that China had stopped including its asymptomatic cases in data, thus making it appear to the world that its outbreak was slowing – they were joined by Mark Keim, a former White House adviser on disaster prevention.

He offered the group – which included the senior medical officer in the department’s Countering Weapons of Mass Destruction Office – a nine-point list of ‘situational assumptions’ that began by clearly stating: ‘The novel virus could be anthropogenic rather than zoonotic.’ –Daily Mail

“We know that both anthropogenic and zoonotic pathogens exist,” Keim told the Mail, adding that while most epidemics are zoonotic (animal origin) in nature, scientists should only eliminate theories – such as the lab hypothesis – based on firm evidence. “We have to be careful about making assumptions that have no proof,” he added.

In a March 5 email, another participant “suggested this is engineered,” referring to COVID-19, to which Baric – who manipulated viruses with the Wuhan scientists – responded firmly, saying “There is absolutely no evidence that this virus is bio-engineered.”

Meanwhile, scientists at the National Academics of Sciences, Engineering and Medicine changed a draft of a White House report to exclude a footnote saying ‘this does not preclude an unintentional release from a laboratory studying the evolution of coronaviruses.’

“If you start weighing evidence, there’s a lot to consider from both scenarios,” says virus expert Trevor Bedford, who said last week that “we could not say definitely whether emergence into human population occurred via zoonosis or lab escape.”

“I still view zoonosis as the most likely scenario, but I still view this as not definitive,” he added.

Meanwhile, scientists at the Wuhan Institute of Virology have had to divulge details about bat coronavirus samples in their possession, which they have admitted were linked to the deaths in 2012 of three miners from a similar respiratory disease. Shi Zhengli, a renowned Wuhan-based virologist who has worked closely with Baric and is known as Batwoman for her expeditions to gather samples in caves, had to clarify a paper in Nature magazine written with two colleagues at the top-security laboratory after inconsistencies were spotted.

This highly-influential paper, sent on the day China belatedly admitted to human transmission, disclosed the existence of a virus called RaTG13 that is the closest known relative to Sars-Cov-2, with more than 96 per cent genetic similarity. It was sampled from a horseshoe bat and stored at their lab.

Other experts questioned why more information was not shared about this strain. It later emerged the name was changed from another virus identified in a 2016 paper –but, unusually, was not cited and obscured links to the dead miners. –Daily Mail

David Relman, an emerging infectious diseases expert at Stanford University, said “If Sars-Cov-2 escaped from a lab to cause the pandemic, it will become critical to understand the chain of events and prevent this from happening again,” adding that it’s plausible to believe that the genetic sequence os SARS-CoV-2 may have been “recovered from a bat sample and viable virus resurrected from a synthetic genome to study it before that virus accidentally escaped.”

Concerns over WHO and Lancet cover-up

While top scientists have expressed concerns over potential man-made origins, others are worried that a Beijing-approved mission from the WHO and a Lancet investigation – both of which include Peter Daszak – head of Eco-Health Alliance, which orchestrated a statement in The Lancet by 27 scientists denouncing ‘conspiracy theories suggesting that COVID-19 does not have a natural origin.’

EcoHealth Alliance notably received millions of dollars of U.S. taxpayer funding to genetically manipulate coronaviruses with scientists at the Wuhan Institute of Virology.

The WHO has allowed China to vet scientists taking part in the probe, while also appointing to its ten-strong team the British charity chief Peter Daszak whose funding for research on bat viruses in a high-security Wuhan laboratory was stopped on safety grounds.

Daszak, president of Eco-Health Alliance, has led efforts that have dismissed concerns over lab leakage as a ‘baseless’ conspiracy theory. Also, to the fury of critics, he is heading a task force on the pandemic’s origins for The Lancet medical journal. –Daily Mail

3 Quality Dividend Stocks For A Lifetime Of Returns | Investing.com