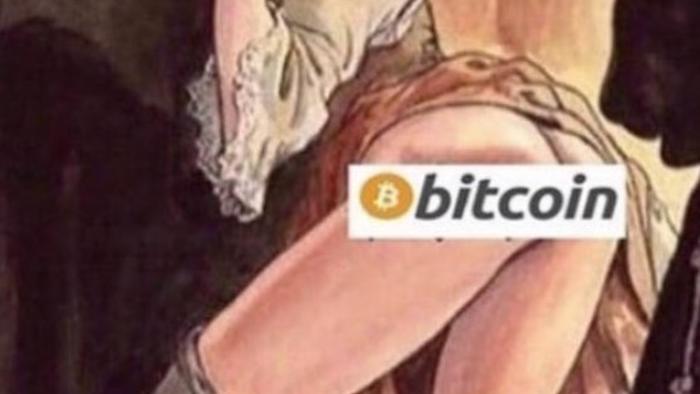 
Among the finer points of Elon Musk’s Twitter account lately have been Musk’s tweets calling transgender pronouns an “esthetic nightmare” and his recent meme post about his “huge cock”.

In keeping with the classy “tone at the top” of his now $600 billion organization, Musk once again took to Twitter this weekend – in God knows what state of mind – to tweet out a meme of of man praying, labeled as someone trying to “live a normal productive life”, next to a seductive woman with her skirt up, with the bitcoin logo sprawled across her naked backside.

The tweet was posted at 3:54AM EST on Sunday morning, which is either 2:54AM or 1:54AM in Texas – or almost 1AM on the West Coast. No matter where in the U.S. Musk was at the time, he was certainly Tweeting into the late hours of the evening on Saturday night.

And 8 hours later, Musk didn’t seem to have any second thoughts. He was still discussing the meme, after a Twitter user suggested Tesla “convert its balance sheet from USD to BTC”.

Musk responded to the idea with interest:

Are such large transactions even possible?

And in keeping with what we’re sure was his totally sober stream of consciousness last night, Musk did manage to make a great point, however, when he claimed that Bitcoin is “almost as BS” as fiat money. Can’t say we’re going to argue with you there, Elon.

Bitcoin is almost as bs as fiat money