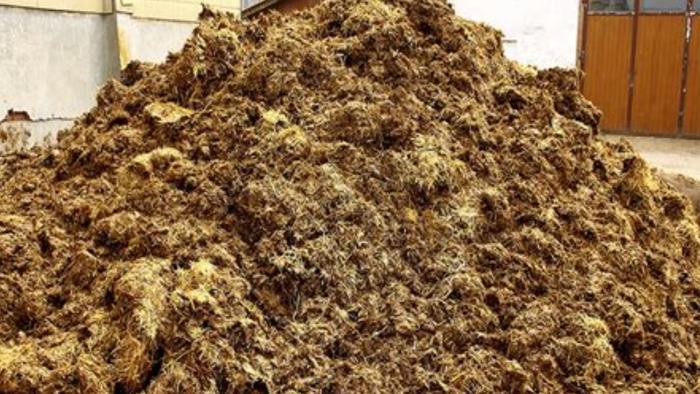 
AOC is going to love this.

Now, instead of eliminating red meat – one of the myriad ludicrous proposals included in the Green New Deal – the Congresswoman can instead move to collect all of that cow manure and use it to create a renewable energy resource.

On Thursday, California state regulators signed off on a  three-year plan by Southern California Gas (the largest gas utlity in the country) and San Diego Gas & Electric to sell what the utilities call “renewable natural gas” – or “biogas” –  which is generated from the methane emanating from the manure lagoons at dairy farms, landfills and elsewhere.

Though it hasn’t been widely discussed in the press outside California, the decision marks the culmination of an intense battle between the gas industry and climate warriors, while ordinary Californians are simply looking for ways to lower the costs of building a home in the Golden State. Many have argued that building homes with all-electric hookups would be cheaper for developers and, ultimately, home-buyers.

Here’s some more on that from the LA Times, which published a primer on the issue earlier this month:

Tim Kohut’s job is to build homes that are affordable and use energy efficiently. Lately, he’s decided the best way to do that is to create communities that are powered solely by electricity, with no natural gas hookups.

As director of sustainable design for National Community Renaissance, one of the nation’s largest nonprofit affordable housing developers, Kohut helped plan a recently opened senior community in Rancho Cucamonga that produces as much electricity as it uses, thanks to solar panels spread across rooftops and carports. The home builder went a step further with a development under construction in Ontario, designing homes with electric heating and cooking. Natural gas will be used only for clothes dryers.

Next up are housing projects in San Bernardino, San Pedro and Santa Ana, and these will be all-electric.

With electric appliances getting cheaper, Kohut is convinced that ditching gas entirely is the best way to keep housing prices and utility costs low — not to mention reduce the carbon emissions fueling the climate crisis.

Instead, the gas industry won, and now they’re finding their own way to put an ‘eco-friendly spin’ on the issue.

Here’s a Bloomberg report touting the fact that “Southern California residents now have the option to pay a little extra to get some of their natural gas from landfills and cow manure.”

California state regulators signed off Thursday on a three-year plan by Southern California Gas and San Diego Gas & Electric to sell what the utilities call “renewable natural gas” or “biogas” that comes from capturing methane from manure lagoons at dairy farms, landfills and elsewhere.

The utilities, owned by Sempra Energy, say the strategy is a way to reduce the release of greenhouse gases into the atmosphere and help California meet its climate goals. Under their proposal, customers can pay a higher rate to have it blended into the natural gas piped into their homes and businesses.

Environmental groups, however, oppose the idea, saying biogas does little to cut emissions or address the environmental impacts of industrial dairy farms. They say it’s actually an effort by the utilities to distract from the push to phase out natural gas in California.

It’s just another reminder of the fact that everything isn’t always black-and-white – as much as environmentalists would like it to be.

Bitgert (BRISE) Could Be The Next Solana (SOL) – Crypto Experts’ Opinion

Cellphone at Third Base: Baseball Player Mistakenly Runs the Bases with His iPhone – Slashdot