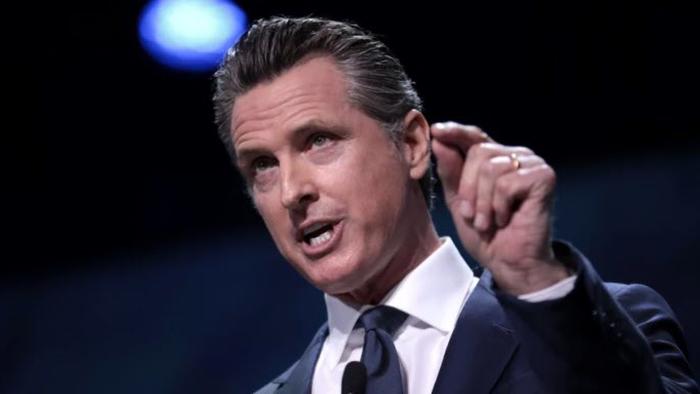 
Authored by Jon Miltimore via The Foundation for Economic Education,

On December 4, a bipartisan group of California legislators sent Gov. Gavin Newsom a letter urging him to reconsider his order closing outdoor playgrounds as part of his regional stay-at-home order.

“While we must appropriately consider best practices to reduce the risk of COVID-19 transmission, we also must ensure the children across the state are not unfairly deprived of their opportunities for outdoor access and play,” the legislators wrote.

Today, we sent another letter to the Governor urging him to reconsider the full closure of playground structures. The local playground may be the only opportunity for some families to “get outdoors,” as advised for physical & mental health. pic.twitter.com/2FB8Oe1CgQ

Newsom’s order closing outdoor playgrounds—a response many see as senseless and ineffective, which prompted the governor to rescind it—is just one example of the hardline approach California public officials have taken in their attempt to mitigate the spread of the coronavirus.

Other restrictions include a 10 p.m. curfew, bans on outdoor dining and religious gatherings, as well as school closures. Surveys in recent months have shown California’s restrictions are some of the strictest in the US.

Sadly, but perhaps predictably, the regulations do not appear to be working. State data show California is smashing its previous highs in both COVID-19 cases and deaths.

“California broke its statewide records for both coronavirus cases reported and deaths reported in a single day on Wednesday,” The Hill reports.

“The state reported 51,724 COVID-19 cases on Wednesday, breaking the previous record of 42,088 cases, which was just set on Monday, according to a Los Angeles Times tally.”

To put these numbers into perspective, the number of deaths California reported on Wednesday was more than double the daily high in any previous month.

State data show CA is smashing previous highs in #Covid_19 cases & deaths, despite having the strictest lockdown in the country.

The total number of deaths yesterday (407) was more than 2x daily high in any other month. pic.twitter.com/RQJ3RqCWBP

California is hardly the only state suffering from a sharp rise in COVID-19 mortality. But the figures reinforce emerging evidence that suggests lockdowns and other government restrictions are doing little to tame the coronavirus.

As I recently noted, an abundance of academic research suggests there is little to no correlation between lockdown stringency and COVID mortality rates. This includes a study published on July 21 in The Lancet, research from Tel Aviv University published in October, and a study published in Frontiers in Public Health in November.

‘I’m Not Sure We Know What We’re Doing’

Newsom’s decision to reimpose lockdowns in light of the evidence we have today has left some California public officials puzzled.

“During the first Shelter in Place order, which I wholeheartedly endorsed, the virus was brand new and had the capability of spreading exponentially due to zero immunity and people’s complete lack of awareness,” San Mateo County Health Officer Scott Morrow recently observed on the county’s website.

“[That order] was very much consistent with my long-held views about the judicious use of power.…However, I very quickly rescinded my initial orders shuttering society and focused my new orders on the personal behaviors that are driving the pandemic… .”

Morrow implied that many of the actions being taken suggest California officials have learned little since the spring.

“Just because one has the legal authority to do something, doesn’t mean one has to use it, or that using it is the best course of action,” he wrote.

“What I believed back in May, and what I believe now, is the power and authority to control this pandemic lies primarily in your hands, not mine.”

Morrow was blunt in his appraisal of the restrictions being imposed across the Golden State.

“I’m not sure we know what we’re doing,” he wrote. “I look at surrounding counties who have been much more restrictive than I have been, and wonder what it’s bought them.”

And don’t forget, Florida is the land of old people. The lockdowns kill, not covid. https://t.co/by5ZZWByyu

Why all the media stories hating on Florida now? 1) political, 2) it’s been open for months with no disaster, 3) the state ranks 20th in deaths per million, showing YET AGAIN (for the thousandth time) that the merits of lockdowns are unproven.

Morrow appears to have gleaned an insight once observed by the economist Milton Friedman.

“One of the great mistakes is to judge policies and programs by their intentions rather than their results,” Friedman famously observed.

With every passing week the results of government lockdowns become more clear. They cause tremendous and widespread harms—no one disagrees on this point—but the supposed benefits of the policies remain tenuous. Despite the bevy of evidence they possess, lawmakers continue to embrace restrictions because of bad incentives.

The Costs of Abandoning Freedom

The great economist Ludwig von Mises noted long ago that a great deal of modern social conflict is a struggle over who gets to design the world, individuals or authorities. Mises believed that individuals, if left to their own devices, would generally make rational decisions based on their own self interest. This is why he saw few things as dangerous as central planners who seek to supplant individual planning with their own (despite their knowledge limitations) in an effort to create a more perfect society.

“The planner is a potential dictator who wants to deprive all other people of the power to plan and act according to their own plans,” Mises wrote in Socialism: An Economic and Sociological Analysis.

“He aims at one thing only: the exclusive absolute pre-eminence of his own plan.”

The Washington Post reported yesterday that nearly 8 million Americans have slipped into poverty since summer. When one considers the damage government lockdowns have wrought compared to the positive results they’ve achieved, one begins to see why Mises saw the unchecked power of authorities as such a threat.