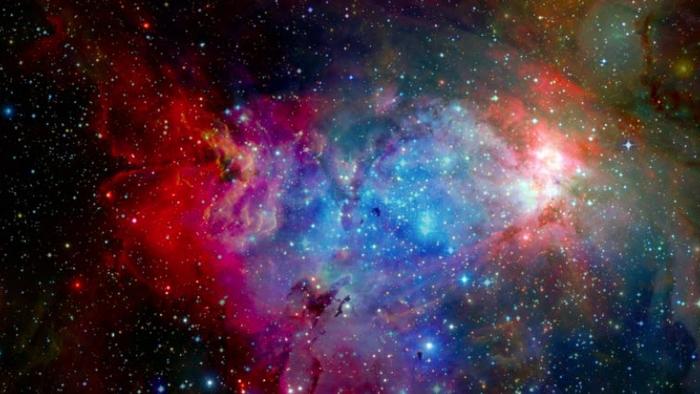 
Authored by Douglas Braff via SaraACarter.com,

Perhaps the universe is trying to send Earth a message…

Astronomers might have received the first radio signals from a planet outside of our solar system, The Independent‘s Andrew Griffen reported Thursday.

The breakthrough, according to the scientists who found it, could pave the way for an important new means of examining and understanding far-flung planetary bodies.

This news is the latest in otherworldly stories reported this year relating to UFOs and little green men. That they aren’t the more memorable stories from this year goes to show how bizarre the 2020 news cycle has been.

However, researchers indicate that more specifically the aforementioned radio signals are originating from an exoplanet, marking the first time humans have ever collected a radio emission from another planet outside of our own neighborhood, the United Kingdom-based publication reported. In particular, the radio bursts are emanating from the constellation Boötes, which can be viewed in the northern sky.

“We present one of the first hints of detecting an exoplanet in the radio realm,” said Jake D. Turner, a postdoctoral researcher at Cornell University who helped spearhead the study, the findings of which are reported in the journal Astronomy & Astrophysics.

“The signal is from the Tau Boötes system, which contains a binary star and an exoplanet,” Turner added.

“We make the case for an emission by the planet itself. From the strength and polarization of the radio signal and the planet’s magnetic field, it is compatible with theoretical predictions.”

Furthermore, in order to verify the origin of the bursts, additional research must be conducted. However, if it is the case, then it will offer a completely new way to understand worlds that are many light years away, according to The Independent.

By utilizing a radio telescope in the Netherlands, the astronomers discovered the bursts. They located signals emanating from a star system that is a host to a variety of planet known as a hot Jupiter, which is massive and gaseous like Earth’s neighbor but much closer to its own system’s star, per The Independent.

“If confirmed through follow-up observations,” explains Ray Jayawardhana, a Cornell professor and a co-author on the new research, “this radio detection opens up a new window on exoplanets, giving us a novel way to examine alien worlds that are tens of light-years away.”

If scientists are able to analyze radio signals from far-away worlds, they could use them in order to understand their magnetic field, according to The Independent. Consequentially, that would help them discover what the properties of its interior and its atmosphere are, as well as the interactions between stars and planets–all of which could be used to understand how habitable it might be.

This latest research arose from work the team conducted in the past to examine our neighbor Jupiter, and extrapolate to understand how it might look if viewed from up to 100 light-years away, The Independent reported. That gave them the pattern that might show if a similar planet was found elsewhere–which they now believe to have done.

It should be noted, though, that the signal is still weak and unconfirmed, per The Independent. Additional examination using other radio telescopes should help provide more details and finally confirm whether or not the enigmatic bursts are really originating from another planet outside our solar system.