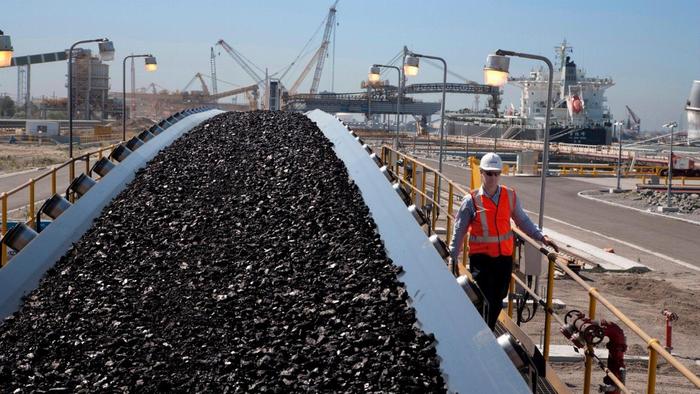 
Coal is among the latest in a growing list of major Australian exports hit by severe restrictions in China, also including commodities like cotton, timber wine, lobster, and barley. While Chinese citizens might be able to forgo luxuries for a while like Aussie wine as well as lobster, coal is quite another thing especially given the country is currently facing a broad coal shortage.

Several cities in at least three provinces in central and southern China are experiencing a power crunch, with some local governments beginning to ration power use during peak times, according to multiple domestic media reports.

Entire provinces are taking the surprise step of limiting industrial power and even cutting heating in government offices, expected to take effect Dec.11, according to the publication. This also includes limits imposed on entertainment and shopping venues like malls and move theaters, which is impacting their hours of operation.

So ultimately this shows Beijing is so intent and devoted to punishing Australia that it will make its own citizens suffer in the downward spiraling spat that began last Spring when Canberra joined US calls for an independent probe into China’s handling of COVID-19 as the place of origin for the pandemic.

As it stands coal is Australia’s third-largest export to China and is the latest to face severe and opaque import regulations, as Reuters revealed early this week: “Chinese media outlets including The Global Times and Caixin on Monday reported China’s top economic planner had granted approval to power plants to import coal without clearance restrictions, except for Australia,” according to the report.

The restrictions have reportedly left dozens of coal-laden ships idling off China’s ports:

Parts of China are reportedly experiencing worsening electricity shortages as the communist country refuses to accept Australian coal which remains in dozens of ships being kept waiting off China’s ports. https://t.co/iYtX9EF2Nu

Since Tuesday, similar rules have been implemented in the neighboring Jiangxi province, with authorities warning of the possibility of power interruptions during morning and late-afternoon peak periods. Meanwhile, the central Hunan province rolled out a series of power restrictions for businesses and factories on Dec. 8, urging them to consume less power. And Hubei, another central province, has expressed concerns over power usage due to tight coal supplies.

Reports of regional energy shortfalls come as China is aiming to curb its production of coal — a high-polluting fossil fuel that’s used to heat homes and power thermal plants — in order to meet its ambitious climate goal to become carbon-neutral by 2060. Several provinces that previously relied on coal-fired boilers have switched to cleaner forms of energy, including gas and electricity.

Chinese officials have repeatedly urged dialogue while demanding Australian leaders back off their biting anti-China criticism especially over the handling of the virus, while for Australia’s part it is taking the trade spat to the World Trade Organization (WTO) in what’s seen as the next big though not unexpected escalation.