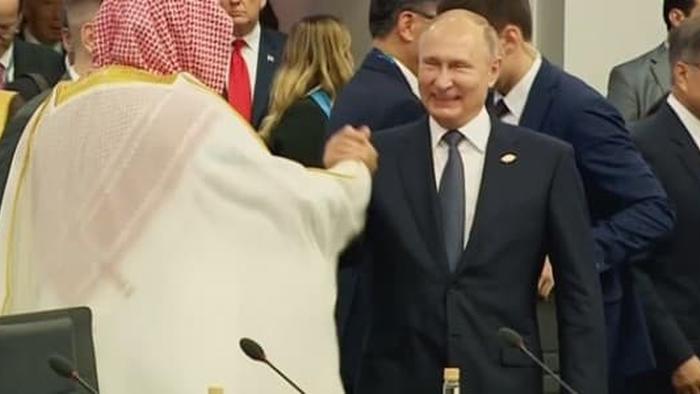 Russia is successfully weaning itself off oil revenues, President Vladimir Putin said today during an annual end-of-the-year news conference, as quoted by RT.

“This means that, while we’re not completely there, we are nonetheless starting to get off the so-called oil and gas needle,” Putin said, adding,

“If someone still wants to consider us as a gas station, then this has no real basis.”

According to Investopedia, Russia’s oil and gas exports account for 60 percent of total exports, and revenues from the oil and gas represent about 30 percent of GDP. While the number is a lot lower than the portion of oil revenues in GDP of most of the world other large oil exporters, it still makes up quite a large portion of budget revenues.

Be that as it may, Russia is preparing for a future with a lot less oil consumption, according to Deputy Finance Minister Vladimir Kulychev.

“The peak of consumption may have already passed,” Deputy Finance Minister Vladimir Kolychev told Bloomberg in an interview earlier this month.

“The risk is rising in the longer term.”

To prepare for this decline in demand, the Finance Ministry is studying several scenarios for oil demand development over the long term, with different levels of demand decline, Kolychev said.

For now, it appears there is no clear plan for an energy transition, although Moscow earlier this year released a roadmap to a hydrogen economy, in which zero-emission hydrogen will feature prominently in Russia’s energy export mix. According to the roadmap, Gazprom would begin producing clean hydrogen in four years, and Novatek, the LNG major, is also planning hydrogen projects for a less oil-dependent future.

Russia’s oil industry is far from dying, however. Last month, state giant Rosneft announced the start of its massive Vostok project in the Arctic, worth $111 billion. Plans are for Vostok to produce 100 million tons of oil annually at full operation.