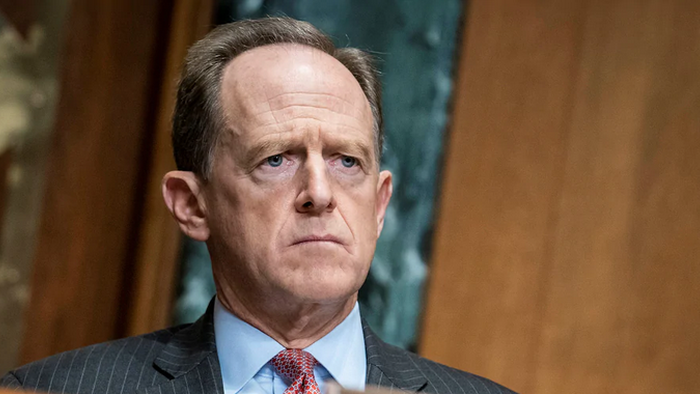 
Update (1820ET): Chatter that the impasse between Pelosi and McConnell would ultimately result in yet another can kick on COVID stimulus has been proven accurate.

The House has passed a two-day stopgap funding bill to stop crucial federal programs from expiring, while negotiations over a new stimulus bill continue.

Meanwhile, as Biden stacks his cabinet with centrists, is it possible that Republicans might be holding out on Pelosi in order to reward Biden in return for the former VP helping to preserve the Trump tax cuts and other key components of Trump’s legacy?

Senator Sanders also pushing another round of stimulus checks. Much smaller checks are being discussed by bipartisan leaders to keep the plan under $900B while still giving hundreds of billions to smaller biz, etc.

While Sanders and other Democrats are pushing for more checks, bipartisan leaders are trying to keep the plan under $900 billion through the use of much smaller checks. Democratic leaders, however, want the direct checks to be on top of the $900 billion.

According to Hawley, Sanders will attempt to pitch the direct checks which will be capped so that wealthier Americans don’t get them.

Ron Johnson said that targeted aid to small businesses and people that are suffering makes sense, but said he objected to broad approach, and noted unemployment is 6.7%, which he implied wasn’t that high.

As pandemic relief negotiations continue to stall in Congress, the latest major obstacle has emerged; a battle over the Fed’s ability to channel tens of billions of dollars to state and local governments – a largely-unused provision in the Cares Act which expires on Dec. 31.

Democrats want to preserve this option for what the Wall Street Journal editorial board describes as a plan “to use the Fed to go around Congress if they don’t control the Senate next year,” while Republicans – led by Sen. Pat Toomey (R-PA) – want to repurpose approximately $429 billion in Cares Act funding to finance roughly half of the new spending.

According to the report, the Fed only made $25 billion in loans and other commitments because the majority of businesses and municipalities were able to borrow more cheaply in the private market.

That Democrats are opposing the Toomey language gives away that their plan is to use the Fed to go around Congress if they don’t control the Senate next year. They’re afraid a GOP Senate won’t agree to another spending blowout to rescue profligate states like Illinois and New Jersey. They want to use the Fed’s municipal and state lending facility, which was stood up this year at the height of the pandemic and market disruption, as the bailout vehicle. –Wall Street Journal

At present, Fed Chairman Jerome Powell has agreed to return the unused portion of the funding to the Treasury, following the request of Secretary Steven Mnuchin. If the Cares Act is allowed to lapse on Dec. 31, a Biden Treasury would require a new appropriation from Congress to restore the programs.

The Journal also notes that after the $429 billion is repurposed for Covid relief, the Fed will still control some $35 to $40 billion as a cushion for various pandemic facilities – which could then be leveraged as much as 10x to lend to cities and states on terms set by the Biden Treasury and the Fed.

Democrats, meanwhile, say the fight is over the Fed’s ability to prevent an economic collapse.

Back in March, the Federal Reserve moved quickly to slash interest rates, flood the financial markets and boost bond purchases. While Congress has struggled for months to extend federal aid programs, the Fed has stuck with its slate of emergency lending programs, and had no intention of winding them down before the recovery was complete. –Washington Post

The Post omits the fact that just $25 billion was used, yet Democrats arguing to extend the funding insist that Republicans want to slash the Fed’s broader, stabilizing authority, just weeks before Biden is set to take office.

“This proposal isn’t just, ‘let’s go back to the world as it existed the day before the Cares Act.’ It’s actually a significant reduction of the authorities that the Treasury and Fed had before the Cares Act,” said Bharat Ramamurti, a Democratic member of the Congressional Oversight Commission.

The coronavirus pandemic spurred the Fed into one of its most active years ever. In the pandemic’s early days, the Fed reached far beyond its playbook from the Great Recession in ways that economists say prevented an even deeper recession. As the coronavirus spread beyond China and U.S. stocks plunged into the red, the Fed quickly slashed interest rates to zero in March. A sprawling set of programs to flood the markets and boost bond purchases further helped reinvigorate the financial system. Plus, the Fed also rolled out loan programs to struggling businesses and local governments. –Washington Post

On Wednesday, however, Federal Reserve Chair Jerome Powell reiterate that the array of emergency lending facilities from the spring were never intended to be permanent, saying at a press conference that “When the time comes, after the crisis has passed, we will put these emergency tools back in the box.”

Republicans argue that the Fed has gone beyond its mandate of maximum unemployment and stable prices – with Toomey telling reporters on Thursday that the Fed shouldn’t be engaged in “fiscal policy, social policy or allocating credit,” which are the domain of Capitol Hill.

Democrats, on the other hand, want to expand the Fed lending programs in order to help more businesses and local governments dying on the vine during the pandemic. They also want the Fed to focus on racial inequality and climate issues, which they argue pose risks to economic growth.

Toomey insists that the Fed’s emergency lending capabilities “remain on the books,” and that Congress could simply approve new programs “if in the future, some dire emergency occurs.”

“We’re not changing the role of the Fed at all,” Toomey added. “We’re saying these programs were meant to be temporary, and they’re going to be temporary.”