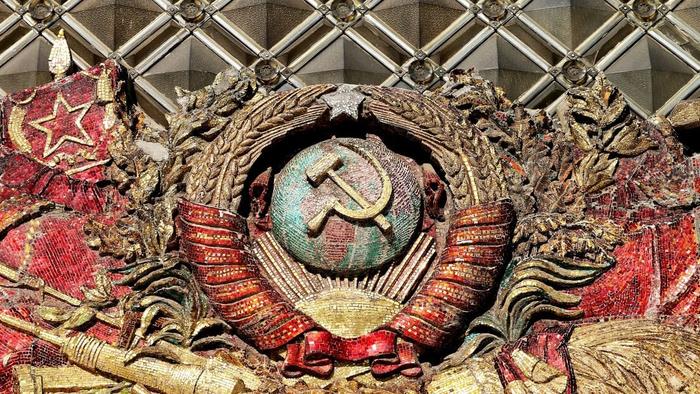 [Editor’s note: Marat K, one of our team members who grew up during the collapse of the Soviet Union, tells the story of his own experiences during that period.]

When I was a kid growing up in the Soviet Union, it was essentially forbidden to make a better life for yourself.

You couldn’t just decide to go back to school, start a business, or switch careers to a thriving new industry.

And it didn’t matter how hard you worked– you were most likely NEVER going to be promoted. All the top jobs in the Soviet Union were reserved for party loyalists.

The government removed EVERY possible economic incentive to achieve more… which is why service was pitiful, technology was lagging, and the Soviet economy was consistently in the dumps.

Now, on occasion, the government would decide that they wanted to populate certain rural areas of Russia, such as remote parts of Siberia.

Quite often families were simply ordered to pick up and move, as was famously the case under Stalin.

But by the 1970s, the government would provide a small financial incentive for families– if you moved to Siberia, you could earn a slightly higher salary.

This became literally the ONLY way that anyone could (legally) make more money in the Soviet Union.

And that’s how my parents and I ended up moving to a cold, little town in western Siberia in 1985.

The plan was to stay there for a few years, save money, and then move back to a nicer, bigger city in Russia with a better climate.

The fact that our new Siberian town didn’t have a single restaurant, cinema, or even an ice-cream place, made the ‘saving money’ part really easy.

My parents followed through on their plan. And by the early 1990s they had saved enough money to buy a decent house, plus a car, and still have some savings left over.

But then, the unimaginable happened– the Soviet Union collapsed.

And the economy crashed.

Inflation, then hyperinflation, followed, as the government started printing money like crazy in an effort to continue making interest payments on its debt.

At some point, stores stopped displaying price signs. Why bother, if they were doubling every other week or so?

Salaries and pensions did not keep up with inflation; almost everyone became more poor with each passing day.

Most people, including my parents, were caught completely unprepared.

The general level of financial literacy at the time was pitiful; most Russians didn’t know the first thing about money, finance, or economics, so no one knew how to react to the hyperinflation that was unfolding in front of our very eyes.

It was as if everyone was frozen in disbelief, including my parents.

After a few years of crisis, my parents still had the same 50,000 rubles. But by then, all they could afford to buy with it was a pair of winter boots for my mother.

Their entire nest egg has been completely inflated away in a few short years.

But not everyone has lost during that time.

Those who successfully navigated the financial Wild West of the 1990s in Russia turned this crisis into the opportunity of their lifetimes.

For example, I remember seeing ads in a newspaper offering to exchange a flat in Moscow for a poor-quality Soviet car.

It was an unbelievable trade when you think about it; the guy with the apartment was probably panicking and trying to leave the country, so he  thought it would be a good idea to trade his apartment for a car.

But ten years later, the car was a worthless pile of scrap. Meanwhile the owner of the flat still held a valuable asset that had appreciated significantly in value and kept up with inflation.

And naturally the savviest people were able to buy extremely high quality assets on the cheap– like real estate and businesses, including shares of newly-privatized oil companies.

Investing in Gazprom in the early 1990s was like buying bitcoin in 2010.

Now, I’m not writing this to suggest that the same financial catastrophe will take place in the US or Europe.

After all, the ruble didn’t enjoy the status of being the world’s reserve currency in the early 90s. And the economy of the late Soviet Union was already in terrible shape.

When a government goes out of its way to destroy economic incentives, through higher taxes or abusive regulations, bad things usually happen.

When a government accumulates a mountain of debt that is impossible to pay, bad things usually happen.

When a central bank conjures trillions of dollars out of thin air, bad things usually happen.

And I can tell you from personal experience that when a society actively embraces a Communist ideology, bad things usually happen.

And all of these issues in North America and Europe certainly could create consequences for the dollar and euro some day.

This isn’t a dire prediction, it’s just common sense… something that most politicians seem to be lacking these days.

It’s important to think about risks and consequences and prepare for them in advance; I watched my parents lose their entire nest egg and become victims of other people’s stupidity, because they were unprepared.

But today we have access to so much more information and education. We can learn about how gold and silver have maintained their value against inflation for thousands of years.

We can learn about other assets, whether productive land, cryptocurrency, or profitable business ventures, that can do well, even in times of crisis.

And we can make a Plan B… just in case the unthinkable happens. Because if 2020 has taught us anything, it’s that absolutely anything is possible.

The Use of Bitcoin, NFTs and Meme Coins Like Big Eyes Coin to Make a Philanthropic Impact on the World

Apple may be working on a pricier iPhone ‘Ultra’ | Engadget