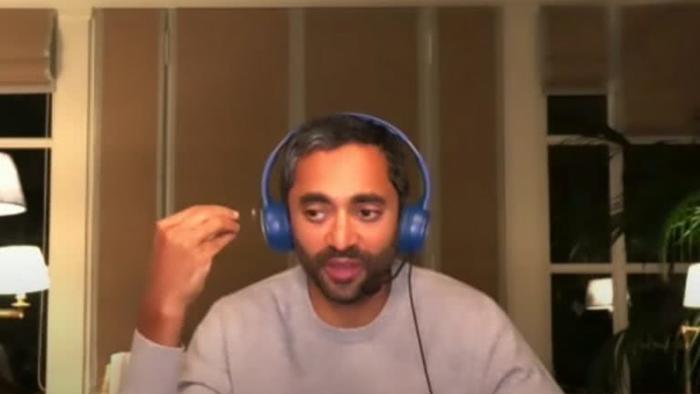 
Authored by Alexander Pan via TheBrag.com,

Executive board member of the NBA’s Golden State Warriors and CEO of Social Capital, Chamath Palihapitiya has said “fuck you” to every rich millennial on a trust fund attacking capitalism and claiming they’re socialists.

Appearing on the All-In Podcast alongside Jason Calacanis, David Sacks, and David Friedberg, the quartet got to discussing trust fund kids claiming to be socialists, specifically naming a recent New York Times article titled ‘The Rich Kids Who Want to Tear Down Capitalism’ as highly misguided since capitalism is exactly how those rich kids got to where they are now.

Palihapitiya unleashed with a verbal beatdown to all those trust fund socialists.

“Who’s right is it to say that that [capitalism] was wrong and all of the people that are employed by it and live within that mechanism?” says Palihapitiya.

“All of a sudden 50,000 people virtue signal because they’re sitting in their warm homes in America telling everyone to fuck off, I find it kind of a joke.”

The venture capitalist then used his childhood of living in poverty to really hammer home his point against trust fund socialists.

“I would like you to go live where I was supposed to live before I immigrated,” continues Palihapitiya.

“Come to Sri Lanka, you live in an outhouse, you sit there, you squat to go to the bathroom, there’s no fucking three-ply bamboo press-free toilet paper.

“You literally clean yourself with your hand, you brush your teeth with coal, I remember we used to brush our teeth with fucking coal. We have a well for water.

Palihapitiya then signed off in the most straight-to-the-point way possible:

If he had a handheld mic, he probably would’ve dropped it.

“Prior to capitalism, the way people amassed great wealth was by looting, plundering and enslaving their fellow man,” he said.

“Capitalism made it possible to become wealthy by serving your fellow man.”