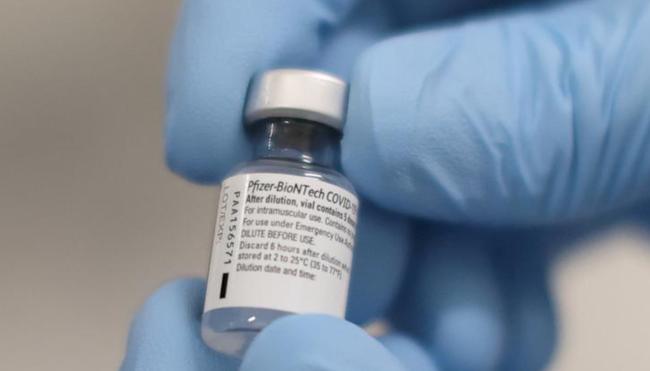 
Millions of Britons, particularly the most vulnerable in their society, probably breathed a sigh of relief on Tuesday when NHS leaders introduced the first patient to receive a dose of the still-experimental Pfizer-BioNTech vaccine: A 90-year-old woman on the cusp of her 91st birthday who said she is thrilled she’ll be able to spend the holiday with family without fear. Adding to the media interest, patient No. 2 was a man, 81, named “William Shakespeare”.

One day later, after a week where leading vaccine developers like Pfizer and Moderna warned about supply constraints, hinting that they’re widely touted projections might be unrealistic, and forcing President Trump to sign an executive order to try and ensure American patients are treated as a priority, the Britain’s pharma regulator has dropped a bombshell warning.

The MHRA (Britain’s regulator) warned Wednesday that any patients with histories of having “powerful allergic overreactions” should avoid the vaccine. For a report published by a professional news agency like Reuters, the details were surprisingly vague. Since a huge number of Americans are allergic to something, a little more clarity would be appreciated.

As someone who has many allergies, I wish we had more info on which allergens were an issue. “any person with a history of significant allergic reactions to vaccines, medicine or food should not receive the Pfizer/BioNTech vaccine.” https://t.co/ja6SNtiEbA

According to public opinion polls, state and federal health officials have apparently been succeeding in establishing “credibility” to these vaccines. But there’s no question that setbacks like this could have a profound affect on individuals’ willingness to accept the vaccine, which also reportedly comes with punishing sideeffects.

Britain began mass vaccinating its population on Tuesday in a global drive that poses one of the biggest logistical challenges in peacetime history, starting with the elderly and frontline workers National Health Service medical director Stephen Powis said the advice had been changed after two NHS workers reported anaphylactoid reactions associated with receiving the vaccine. “As is common with new vaccines the MHRA (regulator) have advised on a precautionary basis that people with a significant history of allergic reactions do not receive this vaccination, after two people with a history of significant allergic reactions responded adversely yesterday,” Powis said. “Both are recovering well.”

A relatively scant report released yesterday by the FDA argued the Pfizer vaccine’s efficacy and safety data met its expectations for authorization. It also warned that 0.63% of people in the vaccine group and 0.51% in the placebo group reported possible allergic reactions in trials, which Peter Openshaw, Professor of Experimental Medicine at Imperial College London, brushed off as a “very small number.”

What’s more: In the US, at least 2, possibly 3, participants from the Pfizer and Moderna trials have died in the following weeks.

As more serious questions arise, fueling “conspiratorial” skepticism directly challenging the narrative that the vaccines have been thoroughly and appropriately studied before being unleashed upon the population, more bold faced names are speaking up to denounce the skeptics after Joe Biden yesterday labeled wearing masks – to be fair, a totally different subject from vaccines – one’s “Patriotic Duty”. On CNBC earlier, author Walter Isaacson warned that choosing not to get a COVID vaccine was tantamount to endangering lives everywhere you go.